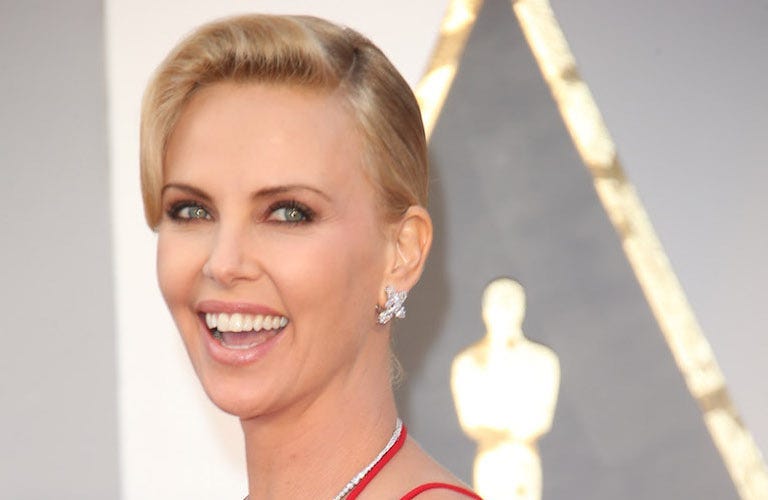 The mockumentary is considered one of the funniest films of all time, and if that statement needs any validation, just ask Charlize Theron.

The Academy Award-winning actress revealed on Late Night with Seth Meyers that seeing the film in theaters resulted in a visit to the hospital.  Theron explained, "I went to go see Borat.  I had a pre-existing injury in my neck — a herniated disk in my neck.  A few of us went to go… and halfway through that movie, I laughed so hard that my neck locked up.  And, like, an ambulance had to take me to the hospital, and I was in the hospital for five days."

And even 13 years later, Theron has still not seen the ending.  “I didn’t finish the movie! I’ve never, like, fully finished the movie,” she said, to which Meyers joked, “It’s a risk now!”