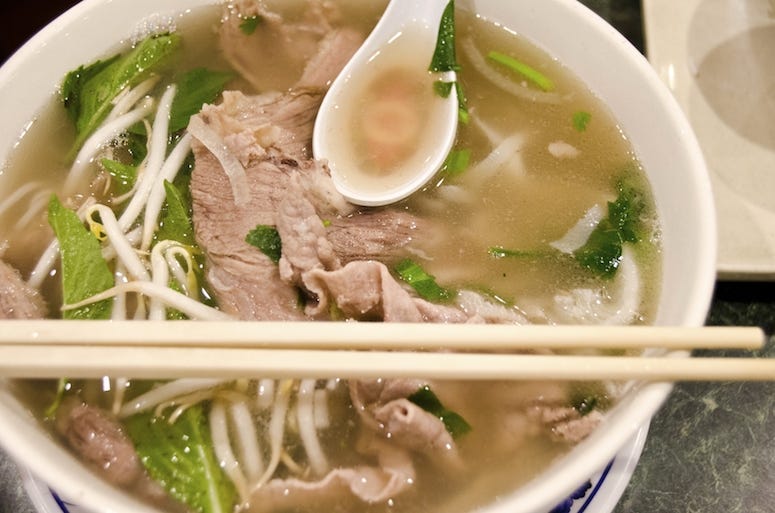 The city of Keene, New Hampshire has engaged in a legal dispute with a local restaurant owner looking to open a new Vietnamese restaurant.

And it’s all because of the restaurant’s proposed name.

City Manager Elizabeth Dragon has taken offense with the proposed name “Pho Keene Great.”  “Pho” is pronounced “fuh,” so when it’s put all together, it is meant to “sound like a profanity,” according to Dragon.

The restaurant owner, Isabelle Jolie, put up a temporary sign, but was asked to take it down by the city, as all restaurants must secure permission from the city before hanging any signs up.  Dragon said of Pho Keene Great, “We're trying to do all we can to make sure she's successful in her business.  It's just that we have to strike a balance because it is a public building.”

The "Pho Keene Great" restaurant plans to start selling Vietnamese soup in March, but the play on words in their name has the owners in hot water. https://t.co/5nXXVz4f8N

A spokesperson for the restaurant said they are looking into if the city's stance could be considered” discriminatory,” and Jolie is waiting to meet with the city before deciding her next steps.