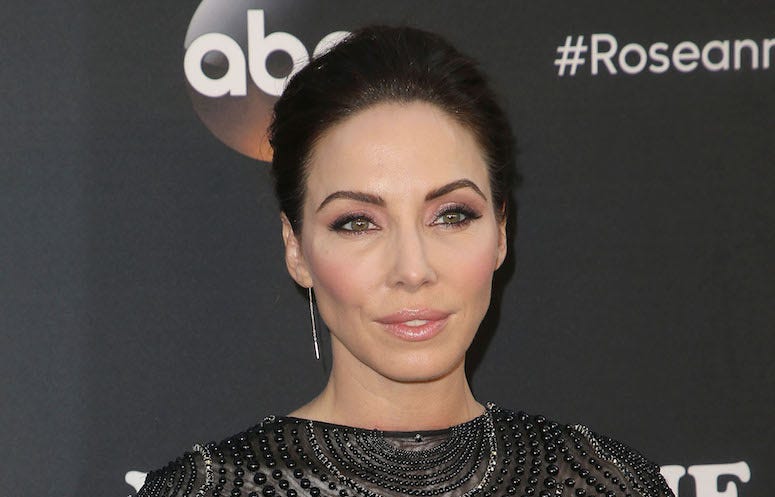 Back in April, comedian and actress Whitney Cummings posted a video on her Instagram stories that accidentally showed her nipple.

She immediately deleted the post, but not before several people grabbed screenshots.

1) In April I accidentally posted an insta story that showed nipple. Once I realized, I deleted. The people who took screen grabs are trying to get money from me, some said they have offers to sell them, some are asking for money to not post the photo.

Now some four months later, Cummings was contacted with screenshots of the accidental nip-slip, and was asked how much to make them go away.  She was being threatened with extortion, and she knew the exact way to combat it.  She went ahead and posted the photo herself.  She wrote in the tweet, "If anyone is gonna make money or likes off my nipple, it’s gonna be me. So here it all is, you foolish dorks."

Cummings certainly took a unique, and somewhat light-toned, approach to combating these threats, but was serious calling out everything that's entailed when "a woman in the public eye is extorted."

When a woman in the public eye is extorted, we have to spend time, money and energy dealing with it, hiring lawyers and security experts, and living with a pit in our stomach about when and how we will be humiliated. Y’all can have my nipple, but not my time or money anymore.

In the end, she also decided to not out the "foolish dorks" who attempted to extort her, saying they might just be "dumb kids. I wouldn't want the stupid ideas I had when I was a teenager to follow me around forever," she stated.

I'm not posting the names of the people trying to extort me because some of them might be dumb kids. I wouldn't want the stupid ideas I had when I was a teenager to follow me around forever or else every time someone Googled me, they'd see me shoplifting a NO FEAR t-shirt. .