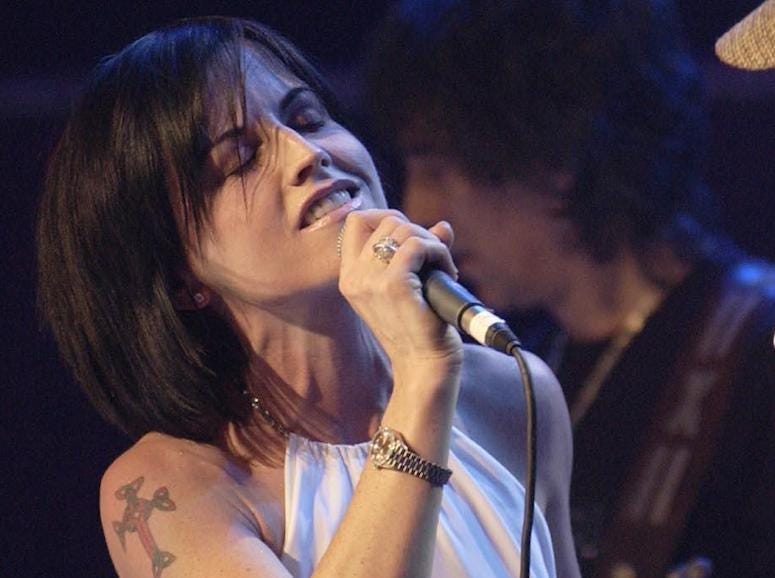 Today is the one-year anniversary of the unexpected death of Dolores O’Riordan, lead singer of The Cranberries.

Today is also the release of the band's final album, In The End, of which O’Riordan was working on before she suddenly died at the age of 46.  The remaining members of the band, Fergal Lawler, Noel and Mike Hogan, opened up about the incredible emotional process of working on and completing their final album.

In a statement the band wrote on their website, they described the early discussion the group had on creating a new album, and the process they went through to make sure it properly honored their "close friend and bandmate."

It was a very emotional process for us. There were many difficult moments during the recording sessions, particularly the first and last days. After the first day we all seemed to be thinking the same thing although we didn't speak about it; if we didn't try to put our emotions to one side and focus on the work then we were going to do an injustice to Dolores. Knowing that we would never get to play these songs live made it even more difficult. There was also an overwhelming sense of finality knowing that this was the last time that we would be in the same studio together working on a Cranberries album. The last track we recorded in the studio was ‘In the End’ and it was then that it really sunk in; this is it, this is the end.

The band had a final demo cut of the album, with O’Riordan's vocals recorded for all eleven tracks.  Now, they're ready to share their final piece with the world.

They concluded their statement thanking fans, family, and friends for their support over the last 30 years as a band, and for the last year without O’Riordan.

We would like to take the chance to thank Dolores’ and our families and friends and all those who worked with the band over the years. To our fans, who have stood by us for almost thirty years; Thank you, without you, none of this would have been possible. It has been an incredible journey.We dedicate this album to our dear friend & bandmate Dolores. She will always be with us in her music.