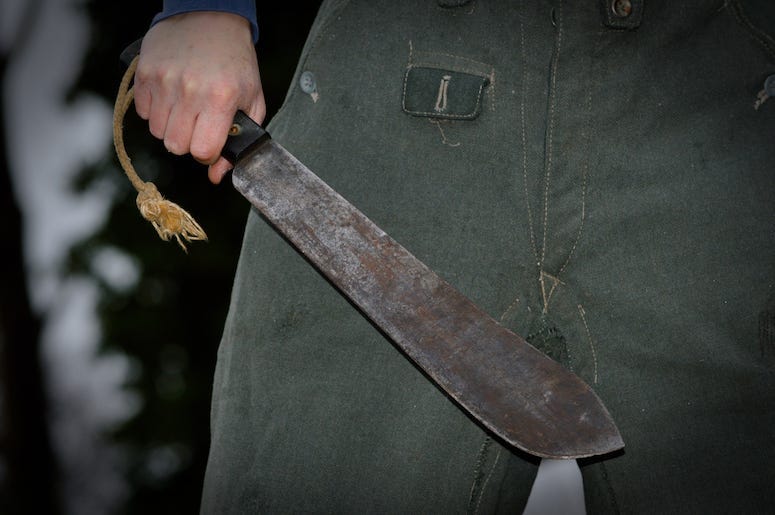 Last Friday, we had another incident of road rage in North Texas.

Unlike most road rage incidents, however, this time, a machete was involved.

Video captured at the scene shows a rather minor accident on LBJ Freeway, just north of Walnut Hill/Kinglsey Road.   A Chevrolet HHR rear-ended a Subaru.  Words were exchanged, both were trying to force their way ahead of the other, when all of a sudden, the driver of the HHR steps out of his vehicle, and begins striking the Subaru with a machete, smashing the rear car windows.

WATCH: A man was caught on camera hacking on another driver's car with a machete in Dallas. And the road rage didn't end there.

The driver of the Subaru filed a report with the police, citing vandalism and damage to property. The DPD has filed a crash report and criminal mischief report, and are investigating the incident.