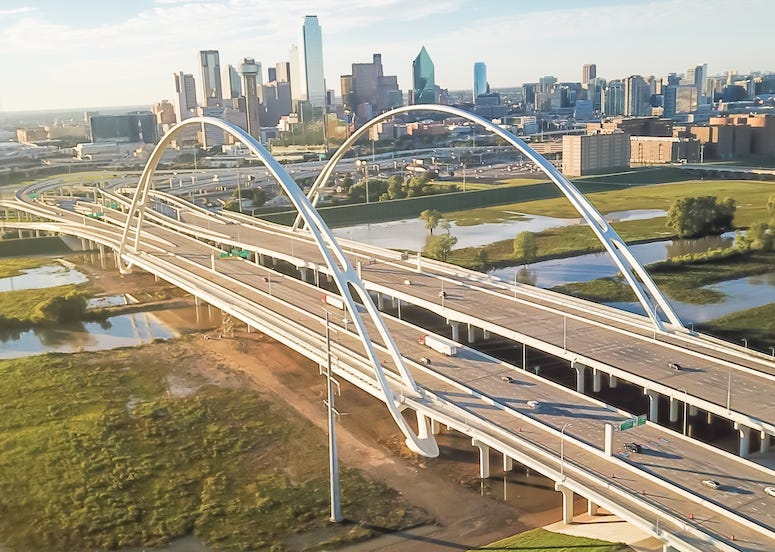 18-year-old Triston Bailey doesn't remember much from the fall, he just knows he should consider himself lucky.

He and his friends were headed home from a Stars game last November, when they decided to pull over on the Margaret McDermott Bridge.  The teenager wanted capture the perfect selfie, going over concrete barriers in order to capture the Dallas skyline in the background.  Unfortunately, Bailey went too far, and plummeted 50 feet to the ground.

He recalled to FOX 4, "I was going over the concrete barriers and they heard me exclaim.  They thought I was joking and that I was trying to mess with them that I fell.  But then they said they looked over and just like the movies, I'm just laid out there on the dirt."  He was transferred to the ER at Methodist Medical Center, where doctors were actually surprised the injuries weren't more severe, not that they weren't serious to begin with.

Dr. Joseph Darryl Amos, the chief of trauma at Methodist Medical Center, said, "This is inexplicable.  He bruised both lungs.  He had a collapse of the lung.  He had multiple lacerations to his spleen, and he had a pelvic fracture.  One more turn or one more twist, it's amazing he didn't snap his neck.  It's amazing he's not a paraplegic or broke his back or he could've hit a stone in the middle of that field and fractured his skull and not been here.  This is a constellation of miraculous little events that occurred."

Bailey is in physical therapy twice a week, and has had to put his plans to join the Air Force on hold, but he knows he's lucky to be alive, and will soon be able to walk away from all this.  His mother Amber Gibson said, "It was amazing.  There's no explanation for how he survived."