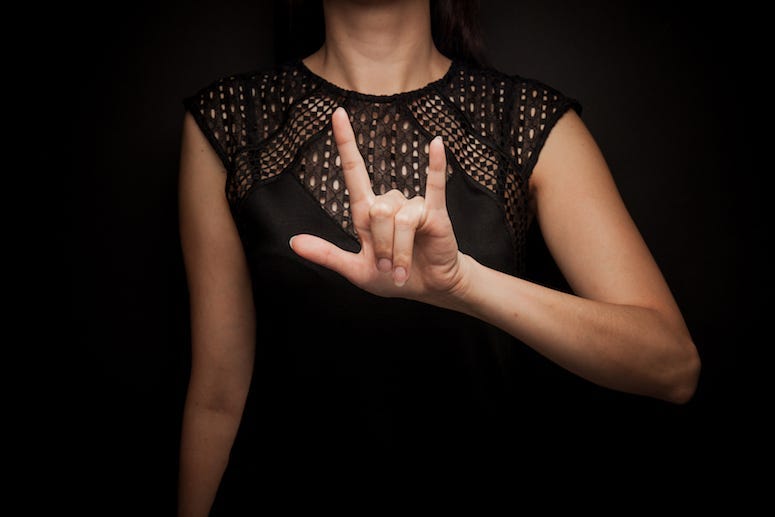 Last month, Kari Carberry attended the Three Days Grace concert in Edmonton, Canada, but spent the majority of the show turned completely sideways from the band.

She wanted to make sure her father enjoyed the show as much as anyone else.

Kari’s father was born deaf, and though he wears a hearing aid, Kari spent near the entire duration of the concert facing her father, signing the lyrics for him.

Daughter signs for her hearing-impaired father at a Three Days Grace concert so that he can enjoy the music, too. So much awesome. @threedaysgrace pic.twitter.com/pwNsWSguXg

After the video went viral, Kari said Three Days Grace drummer Neil Sanderson reached out to her, saying the moment was “amazing.”