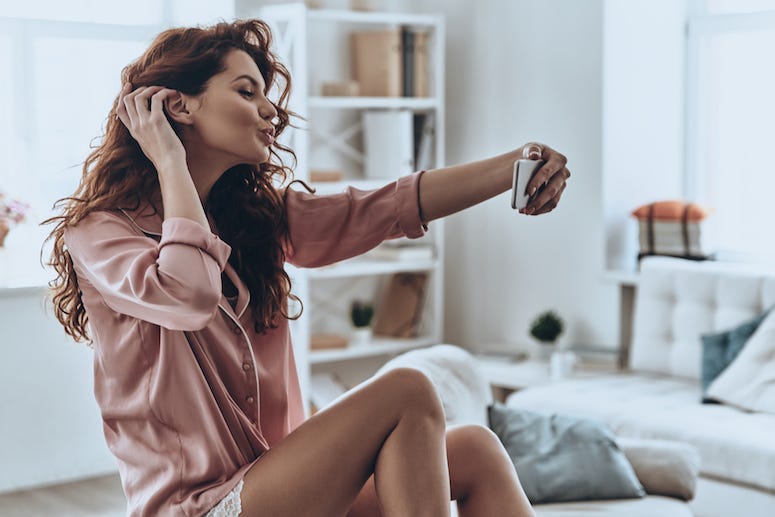 If you're the type of person that likes to take 1,000 selfies in order to snag the perfect shot, you might want to ease back a little bit.

A dermatologist has warned that selfies can wind up causing just as much, if not more damage, to the skin than smoking, drinking, and too much exposure t the sun.

Sara Cheeney, owner of Pure Perfection Clinic, has seen an increase in patients coming in for accelerated skin cell damage, all of which admitted to being "regular" selfie takers.  Cheeney believes that the electromagnetic rays from smart phones and tablets speed up the again process in our skin, including causing wrinkles and brown spots.  She said, "The results are quite alarming.  I get a lot of bloggers and patients who take selfies every day coming to me and complaining about the issue, and it’s an issue which seems to be getting worse.  The blue rays from smart phone screens can do more damage than too much sunshine, so I would urge youngsters in particular to be extra careful."

World-renowned dermatologist Dr Zein Obagi, a mentor of Cheeney, confirmed her findings, and believes our current "selfie culture" will have a long-standing negative impact on the skin of future generations.  He says, "It’s not documented but in my clinical observation I can tell whether someone uses their right hand or left hand to hold their phone.  You start to see dull dirty looking texture that you cannot identify on one side of the face."

Various other health experts have also warned of the damage of cell phone exposure, due to the electromagnetic radiation from phones preventing skin from repairing itself, breaking the DNA strand, and causing "oxidative stress" on cells.