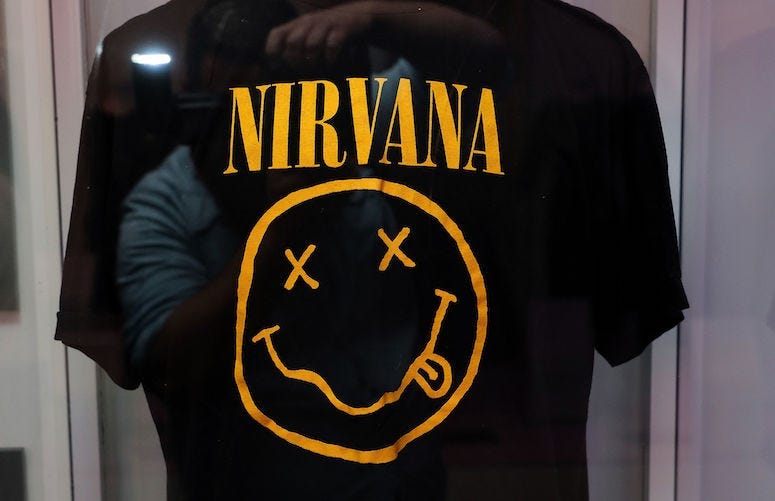 Does the logo look familiar to anyone else?

Last night at the Marc Jacobs Redux Grunge Collection event. Thanks for inviting me 😝! [styled by Ziggy Mack Johnson] pic.twitter.com/6HkYeVkisM

People have accused Jacobs of lifting the logo of Nirvana for his own design, and we do have to say, there are some striking similarities.

Jacobs' lawyers argue that Nirvana does not own the copyright to the smiley face design, the registration is invalid and, further, that there are multiple differences between the material covered by the band's registration and his own artwork.  Their motion reads, "The Complaint stems from the false premise that the Plaintiff owns a U.S. copyright registration on a smiley face design (albeit a different one than the one found on the Accused Products), when in fact, that smiley face is merely a fraction of the full artwork covered by the registration and the remainder of the covered artwork is not alleged to have been used on the Accused Products.  For the reasons stated herein, the Complaint should be dismissed for failing to state a claim upon which relief can be granted with regard to each cause of action."

Nirvana, L.L.C. is seeking monetary damages as well as the stop of sale of those items, and the removal of the smiley face logo from all Marc Jacobs promotional materials.