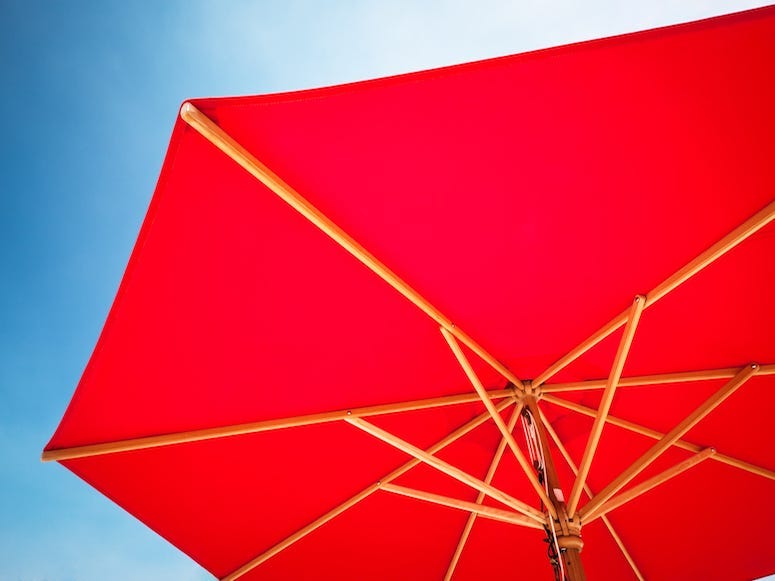 Southlake 13-year-old Gabby Langston traveled all the way to Disney World for a competitive cheer competition.

Unfortunately, all Langston received for her efforts was a trip to a Florida hospital.

As Gabby was arriving with her team at the ESPN Wide World of Sports Complex, strong winds picked up one of the umbrellas situated around the complex, and hurled it towards the team's bus.  Gabby's coach saw the umbrella heading towards them, but was too late in trying to stop it.  The large umbrella struck Gabby and another girl in the back of the heads, leaving them bloodied and knocked to the ground.

Langston's team was forced to complete without her, as she laid in a Florida hospital, still in performance makeup and costume, suffering from a concussion and requiring staples.

Unfortunately, doctors believe Gabby will have to undergo physical and cognitive therapy as a result of the injury.  She said doctors told her "I probably cannot cheer anymore."

Gabby's mother believes Disney should cover the cost of their medical expenses, as the injury occurred on their property, they failed to properly secure the umbrella with "pins or weights," and Disney should've known "about a storm that was in the forecast and taken precautions to close umbrellas to prevent them from going airborne."