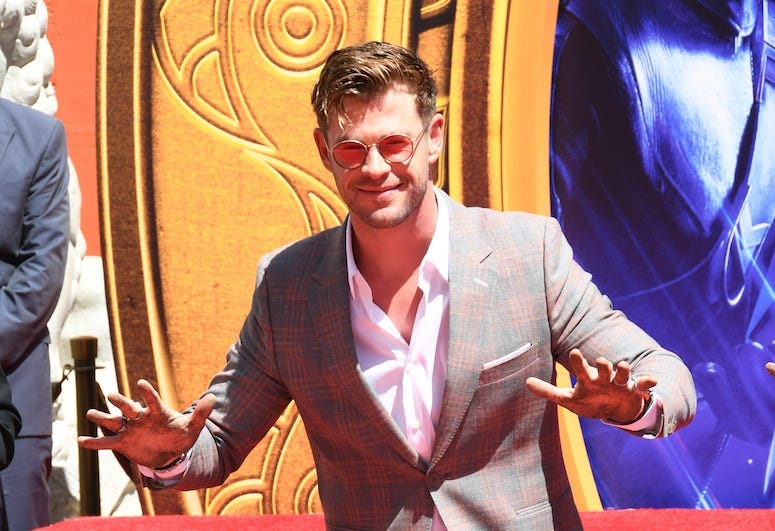 On Tuesday, the cast of Avengers: Endgame was honored outside the theatre with their own handprint ceremony.  Robert Downey Jr., Scarlett Johansson, Mark Ruffalo, Chris Evans, Jeremy Renner, and Chris Hemsworth all planted their hands and signed their names, to be displayed in the concrete into perpetuity.

However, some fans are convinced that Chris Hemsworth misspelled his own name.

At the very least, he forgot how to spell his name, because the “t” in Hemsworth is so barely visible, it may as well not be there.
Via People