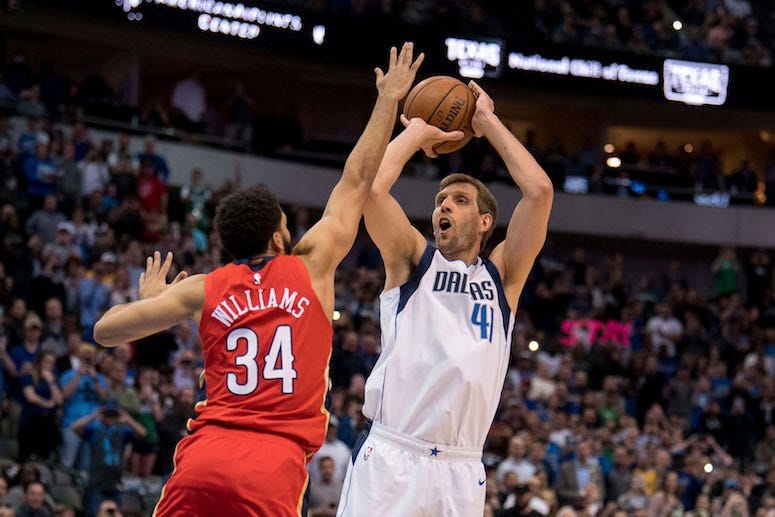 The legend of Dirk Nowitzki continues to grow.

He's currently in the last stretch of his 21st NBA season, the most of any player with a single franchise in league history, and he passed an absolute legend last night to notch his name to another record in the books.

Last night against the New Orleans Pelicans, Dirk passed Wilt Chamberlain to become the NBA's sixth all-time leading scorer.  He was just four points away from surpassing the Hall of Famer, and scored just that within the first two minutes of the game.