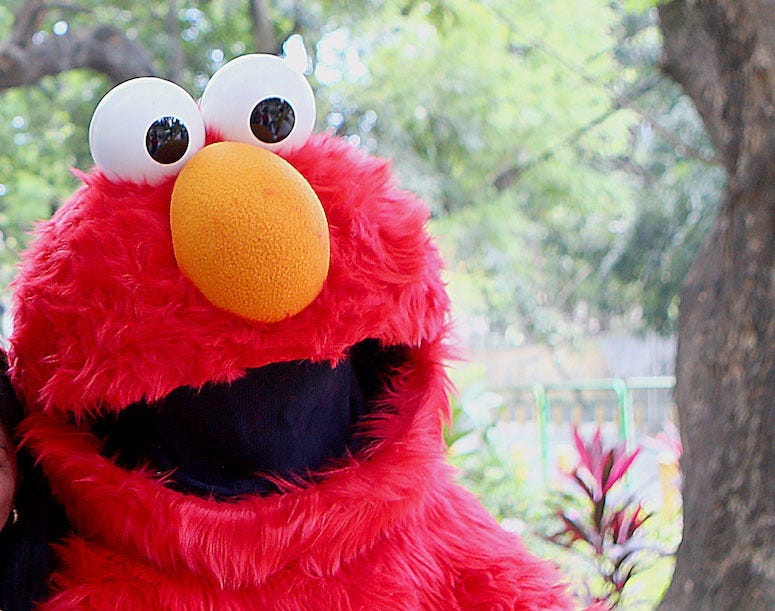 We know they're both on HBO, but we're pretty sure their shared audience is less than 0%.  Still, each show teaches lessons about family, leadership, and the importance of dragons in conquering an empire.  HBO decided to focus on respect for their latest promotion.

Here, Lannister siblings Cersei and Tyrion are in a heated debate about the future of Westeros, and there's only one person who can put an end to their family feud.  His name is Elmo, of House Sesame Street.  Elmo interjects into a tense discussion between Cersei and Tyrion saying, "Elmo thinks that you two need to respect each other.  When Elmo has a problem with his friends like Abby or Cookie Monster, Elmo doesn’t get upset.  Elmo listens and learns from what they have to say."

Seems like a good lesson we all could learn!