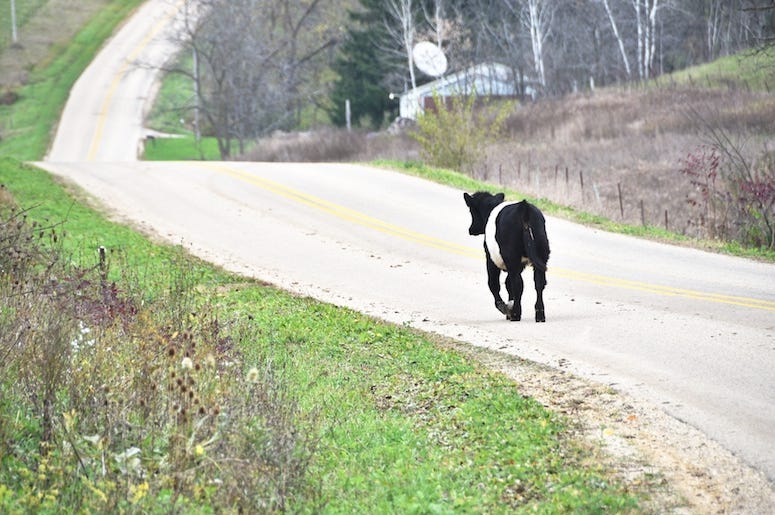 When the police arrived at the scene, they found 20 some cows running around free.  Amazingly, they were able to round up nearly all of the escaped bovines.  All except for one.

This stubborn cow led Officer Damon Cole on the "longest foot chase" of his life in his 19 years as a police officer.  The wayward cow led officers through an off-road maze of thickets and grass, making for a very uncomfortable pursuit.  As Cole said on a video posted to Twitter, "The one day I wear shorts.  Aw man! And this [brush> is the pokey kind too! Oh, totally not cool.  These things are tearing up my legs."

Eventually, Cole and three other officers were able to round up the cow, after enticing the animal with promises of a junior police sticker and a trip to Chick-Fil-A!    We'd take that deal, too!