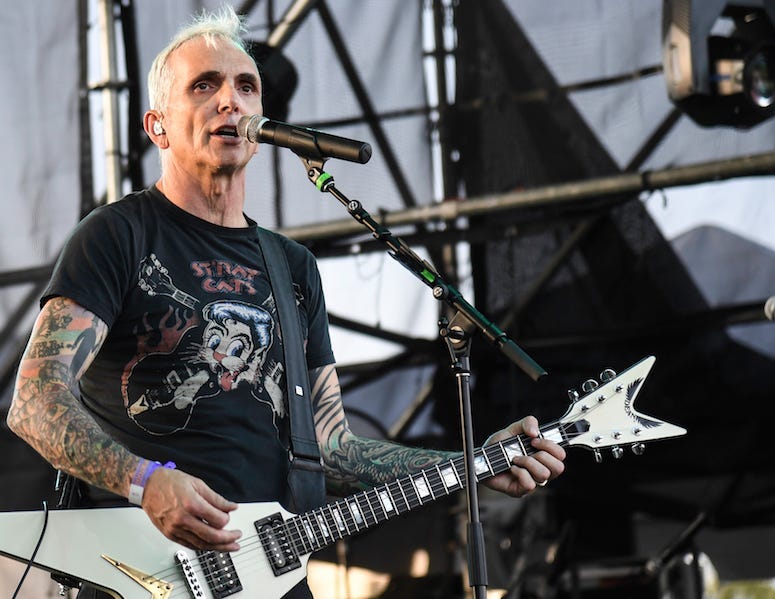 Everclear frontman Art Alexakis was finally ready to reveal a secret he's been keeping for the past three years.

In a statement to fans, Alexakis revealed that he has been living with Multiple Sclerosis, following a car accident three years ago that resulted in a pinched nerve and "lacerations and suspicious marks" on his spinal cord.  Alexakis wrote in a letter to fans, "After receiving the results, [the doctor> told me that I have a form of Multiple Sclerosis (RRMS), and that I have had it for anywhere between 10 to 20 years.  I went and sat in my car and called my wife, and cried for about half an hour.  I'm sure people in the parking lot thought I was losing it, and I guess I kind of was."

One of the reasons Alexakis, who has been sober for 30 years, finally revealed his diagnosis was he wanted to squash the rumors that he began drinking and using, again.  He wrote, "One of the reasons I wanted to be more public about my disease is that I have been hearing a lot of people say that I am drinking again or back on drugs because they have seen me look unsteady on stage or around town (people say all sorts of nasty things when they don’t think you can hear them).  To be honest, I have never cared about what people say about me personally - except, that is, for the people that I care about (ie..YOU) and what they think. I wanted you to know the truth, simple as that."

There is some good news through all of this, though.  If Alexakis keeps with his medication and weekly injections, doctors believe he could live well into his 80s, and he has no plans to stop recording and performing, either.  His first solo album will be released early this summer, followed by a solo tour.

He concludes his statement saying, "So, if you see me stumbling...sweaty, looking both tired and anxious at the same time, maybe a little more confused than usual, or forgetting lyrics yet looking happy (which is weird for me), please know that I have not fallen off the wagon. I am just learning how to be the new me."