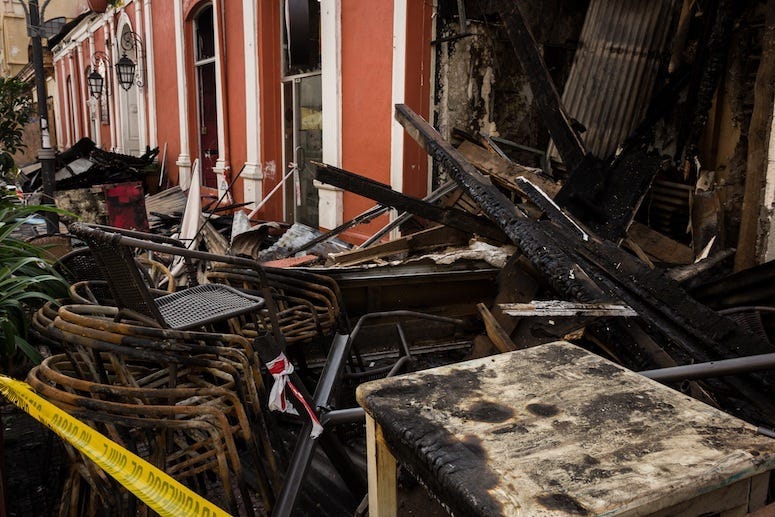 A family in California is lucky to be alive after narrowly escaping a a car crashing into the restaurant they were walking out of.

The mother and her two young daughters just walked onto the Villa Corona's patio when an oncoming driver lost control of their vehicle.  Surveillance footage captured the car crashing to the restaurant, resulting in a chaos of "everything flying" according to employee Vivian Saldivar.  "Dirt, pots breaking, tables, umbrellas.  All of our patio set was everywhere," she said.

The car finally stopped after crashing into a cement privacy wall between the restaurant and a house.

Thankfully, nobody was injured during the accident.  The driver and one of the children did go to the hospital, though only for minor injuries.

The police have decided not to file charges on the driver, as they believe they simply lost control of the car.