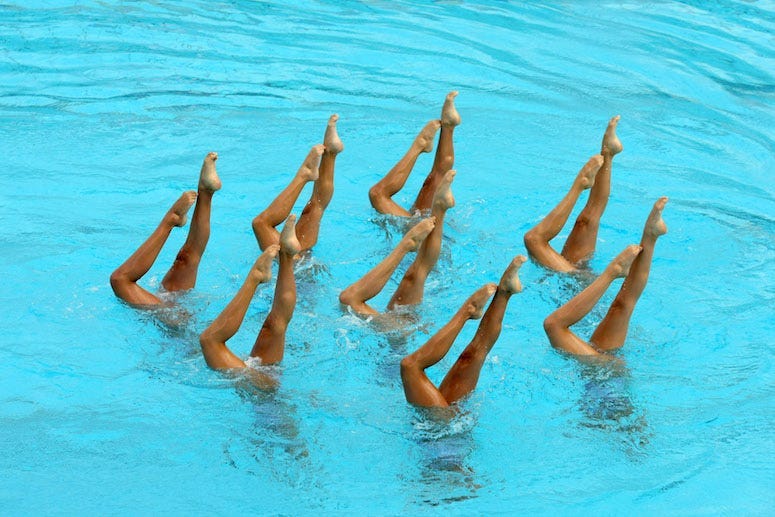 A group of fathers was trying to think of creative ways to raise money for their daughters’ synchronized swimming team.

Christian Gosselin jokingly suggested the fellas start their own team.  Their own all-male synchronized swimming team.

As he began to think about it, though, he began seeing the merit of what they could do.  They would seemingly raise a ton of money for their girls, and they would encourage more boys to pursue the sport.

The suggestion wasn’t just a joke for very long.

It wasn't long before all 11 men had joined Manitoba, Canada's first all-male synchronized swimming team.  Gosselin said, "We've all got our different reasons. Some were ... willing to do what it takes to raise money for the club and to help the development of the athletes.  Some was just out of interest.  One was just to find out, you know, what their daughters do every day."

Their daughters, of course, are their biggest fans and harshest critics!  Gosselin said, "They're getting a good laugh once in a while when we're not quite on time or somebody is spitting water.  I think they're enjoying it a lot."

The team will have their  public debut at the Pan Am Pool in Winnipeg on May 25 to mark Winnipeg's Aquatica Synchro Club's 10-year anniversary.