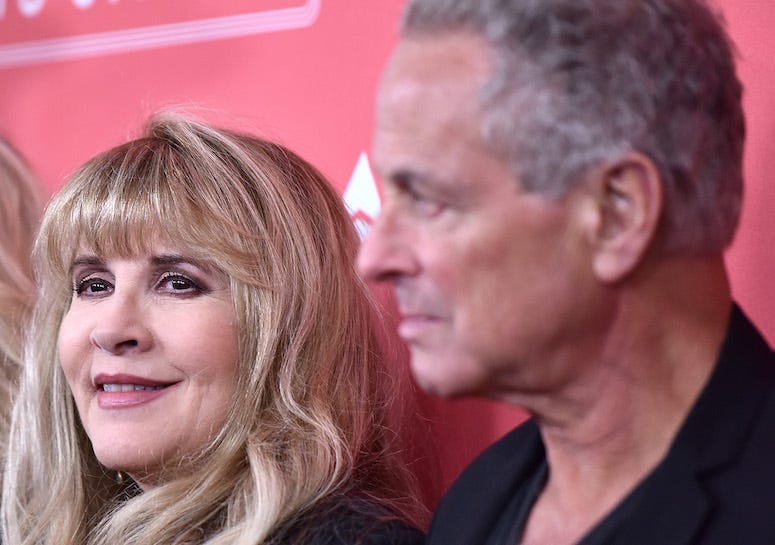 Last year, Lindsey Buckingham departed Fleetwood Mac in what would turn out to be a messy separation.

Buckingham would end up filing a lawsuit against the band, claiming they prevented him from touring on his own as a solo act while he had no prior obligations to the band.  Words were exchanged, rumors flew, but finally it seems we have some confirmation about what exactly went down between Buckingham and the band.

Mick Fleetwood told Mojo that the reignited feud between Lindsey Buckingham and Stevie Nicks eventually led to his departure.  He said it all began when Nicks accused Buckingham of “smirking” while she delivered a speech at a benefit concert, which enraged her.  He explained, "Support really could not be given to ask the situation to continue.  It was too challenging.  The truth is, call it what you want, a parting of company took place, and it had to take place, and it was supported by the remaining band members around something that for sure was a major problem to two people – Lindsey and Stevie."

Ultimately, Buckingham was fired by Nicks, a choice the rest of the band felt was the only one they could take to continue as a group.

Christine McVie echoed Fleetwood's remarks saying, "It was the only route we could take, because there was too much animosity between certain members of the band at that point, there was just no way it could’ve gone on as a five-piece, a group with Lindsey in the band. So it was either just completely break up the band or make the best of it."

Buckingham filed the lawsuit against his former band last October, and both parties eventually settled later in the year.