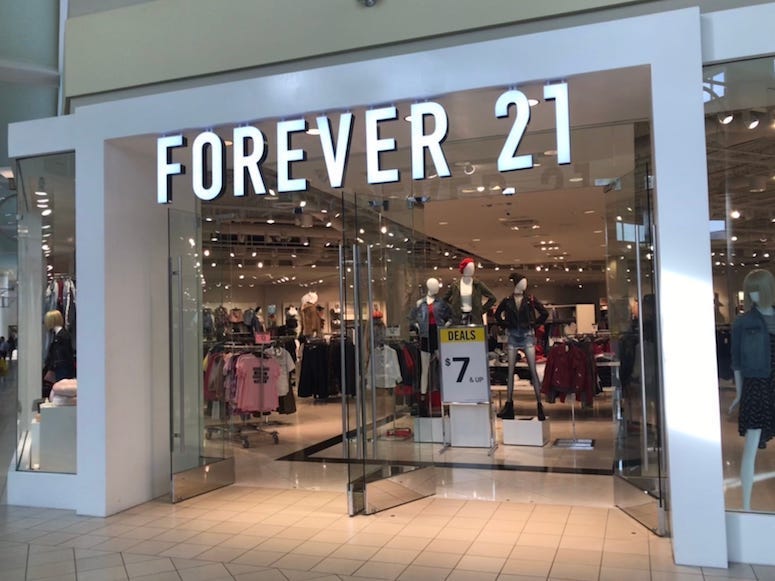 Hot off the heels of their diet bar snafu, more trouble is looming for fashion retailer Forever 21.

The company is reportedly preparing to file for bankruptcy, as more shoppers are heading online for their purchases rather than brick and mortar stores.

While stores that cater to the teen market, such as Wet Seal, American Apparel, and Delia's have all filed for bankruptcy and closed their stores over the last few years, Forever 21 was opening locations as recently as 2016.

Some locations have taken to asking their landlords to purchase a stake in the company, as a means of coming up with the funds needed to keep operating. However, Forever 21 is still privately owned, by husband and wife team Do Won and Jin Sook Chang.  Reports are that Do Won Chang has been trying to maintain control of the company in any sort of restructuring, which has severely limited the company's ability to find funds it needs.

One of the advantages of filing for bankruptcy is the ability to get out of leases and close stores at a lower cost.