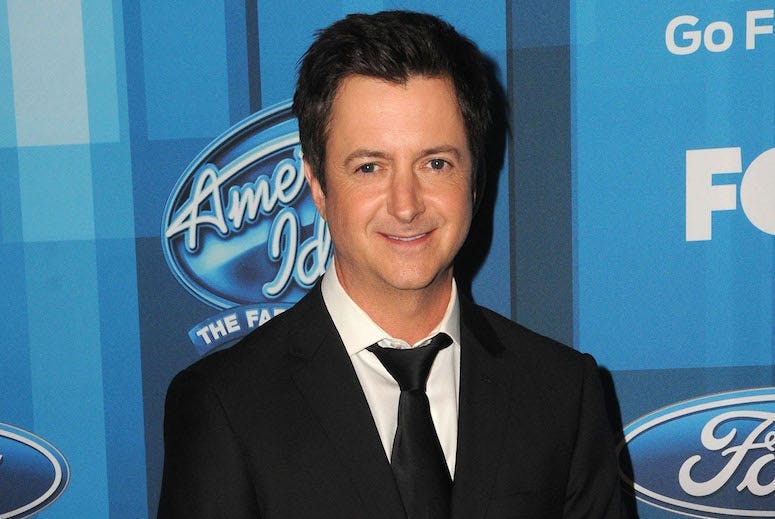 A new show premiered on FOX called American Idol, where it was co-hosted by two strapping young lads, Ryan Seacrest, and Brian Dunkleman.  After the first season, Dunkleman submitted his resignation from co-hosting duties.  Idol, of course, went on to become incredibly popular, making Seacrest incredibly wealthy.  Dunkleman wanted to pursue a career in stand up comedy and acting.
Unfortunately, things didn't really turn out the same for Dunkleman.  He's currently in the middle of a divorce and ongoing custody battle with his estranged wife, and decided to put comedy on hold in order to provide for his son.  Dunkleman started driving for Uber, and apparently received a lot of hate for doing so.  Dunkleman wrote on Twitter, tagging Harvey Levin and TMZ in the process, "I chose to stop doing standup comedy and started driving an Uber so I could be there for my son as much as he needed after our life as we knew it was destroyed.  Print that."

I chose to stop doing standup comedy and started driving an Uber so I could be there for my son as much as he needed after our life as we knew it was destroyed.
Print that.@TMZ @HarveyLevinTMZ

He also added, "And I make over a grand on a good week motherf—. #HumanBarnacles."

Dunkleman made a surprise appearance during the American Idol series finale in 2016.  He would later admit that he went through a depression after leaving the show, but later learned his time co-hosting probably wouldn't be for long, anyway.  He told People, "I think I beat them to the punch and I didn't know.  I left the show but from what I gather, they weren't going to have me back anyway.  So it's kind of a big load off my shoulders.  I guess I didn't make a mistake."

According to court documents, Dunkleman lists "Uber driver" as his occupation, typically works about 45 hours a week, and makes about $800 a week.