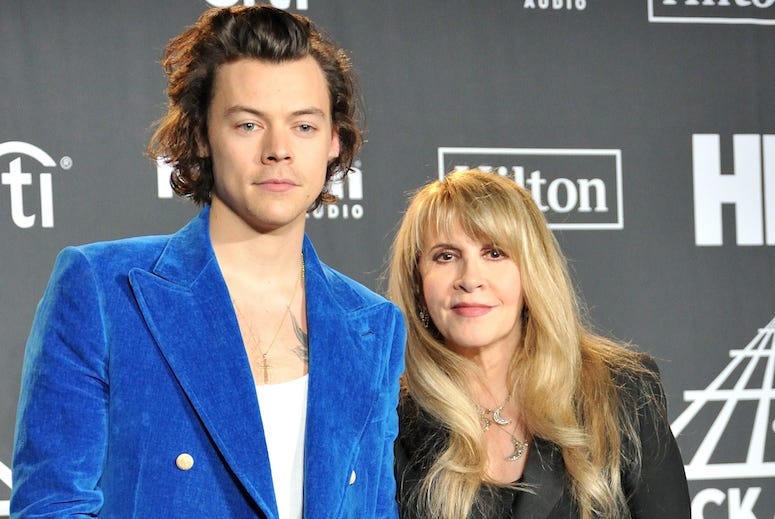 Those in attendance at the Gucci Cruise 2020 fashion show were treated to a surprise performance from two music icons.

Stevie Nicks was joined on stage by Harry Styles, who was just named the new face of Gucci fragrance, for a couple of duet performances of two of Nicks' most popular songs,  "Landslide" and "Stop Dragging My Heart Around."

you didn't ask but here is stevie nicks and harry styles singing landslide together. have a good day. https://t.co/e5IvM4WNYy

Styles is a self-professed giant fan of Nicks, and gave an incredible speech lauding her career at her solo induction into the Rock and Roll Hall of Fame describing her as a "magical gypsy godmother who occupies the in-between."  He also said during his speech, "If you’re lucky enough to know her, she’s always there for you. She knows what you need, advice, a little wisdom, a blouse, a shawl — she’s got you covered. Her songs make you ache, feel on top of the world, make you want to dance, and usually all three at the same time. She’s responsible for more running mascara — including my own — than all the bad dates in history combined. That is true Stevie."