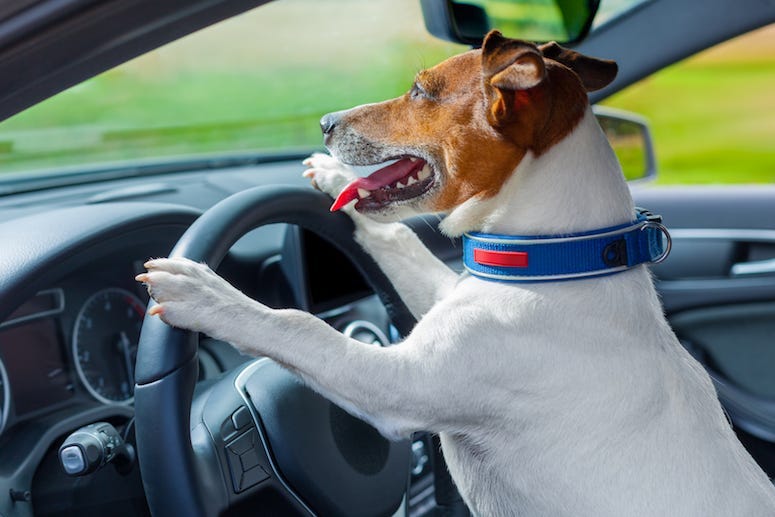 This is the most impatient dog in the world.

A woman in West Palm Beach, Florida needed to run into her local liquor store, ABC Fine Wine, and needed to leave her dog in the car for a few minutes.  She rolled down the window so she'd be comfort bale, but ol' pooch was not having it.  After she decided she was taking too long, she decided to take matters into his own hands er paws, and started aggressively honking the horn trying to get her attention.

The owner wrote, "She learned how to honk the horn and has been doing it non stop ever since.  Later that night, I went to the laundromat to pick up my clothes and apparently I was taking too long and there she goes again, honking away."