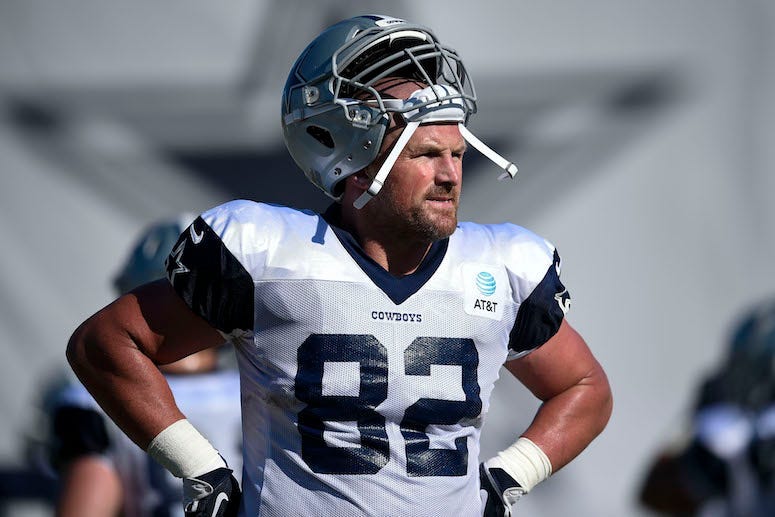 Just a few months into his Cowboys career, new Tight End Jason Witten is already making a name for himself working in the North Texas community.

Of course, we kid, but #82 did take some time from the Cowboys preseason to take 14 incredibly lucky kids on a back-to-school shopping spree.  Witten took the kids on a shopping spree to Dick's Sporting Goods in Euless, allotting them $100 on whatever they wanted.  Witten told CBS DFW, "A lot of cute kids, but this is real life.  Every time I have a chance to do something like this, I wanna jump at it."

6th grader Alaina Elliot said of her shopping spree with the Cowboys legend, "Probably the best day of my whole life."

And for Witten, the day meant as much to him as it did to those kids.  He said, "Puts a smile on my face. I hope those kids know how much they touched me."