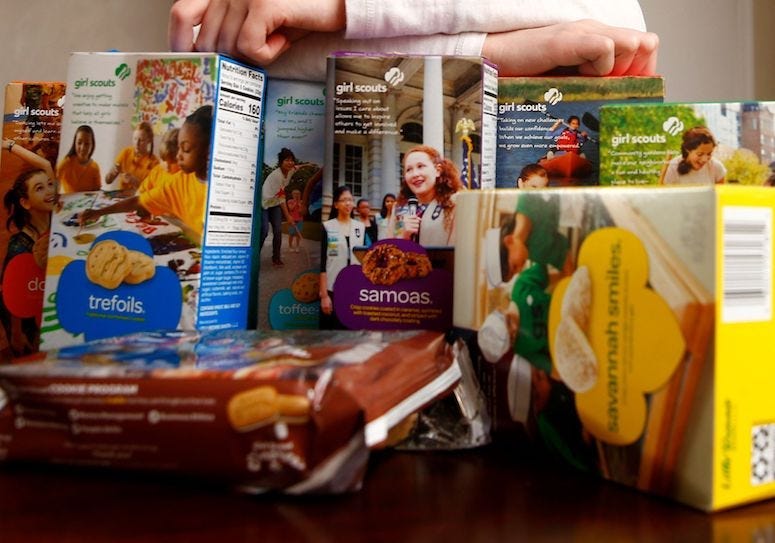 Police n New Jersey are on the lookout for the leading candidate for biggest jerk of 2019.

A group of Girl Scouts was selling cookies last Friday at the Woodbridge Center Mall.  Troop leader Jessica Medina placed a bank envelope with the day's take on the table and when she went to pick it up, it was gone.  By that point, the group had raised nearly $1,200.  6th-grader Reily Kascsak said, "We're all super sad, super mad, because... why should somebody steal from us?"

As soon as the troop saw that the envelope had been stolen, they notified mall security and called 911.  In the meantime, the girls are still unfortunately responsible for covering the cost of the cookies.  6th-grader Olivia Limmei said, "I think it's really wrong to steal in the first place. But to steal from the Girl Scouts, that's even worse, because we're kids."

Medina believes she might have an idea on who actually took the money, but Woodbridge police say at this point they do not have a suspect and there is no video of the actual theft.