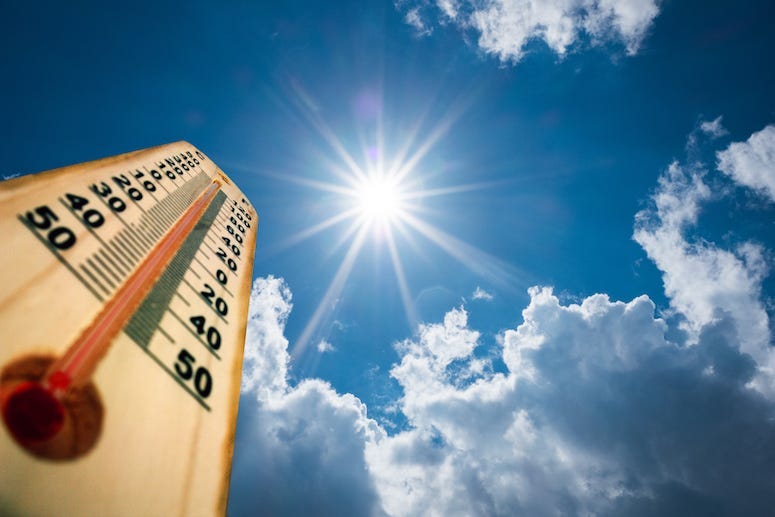 Temperatures began being recorded in 1880.

In the 140 years since the records began, last July was the hottest month Earth ever recorded.  The U.S. National Oceanic and Atmospheric Administration said that July was 1.71 degrees Fahrenheit warmer than the 20th century average of 60.4 F for the month.

The heat wasn’t just felt here, either.  Last month, France, Belgium, and Germany reported that July “smashed” previous national temperature records.  And according to NOAA records, 90% of the hottest Julys on record have occurred since 2005, and last month was the 43rd consecutive July above the 20th century average.

There’s some good news, however. Meteorologists expect that 2019 won't beat the current record for warmest year, which was set in 2016.