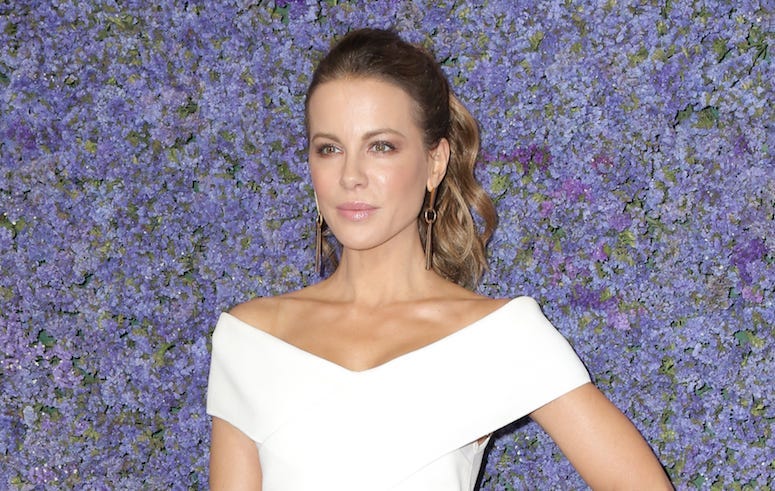 Well, that’s certainly a rebound if we've ever seen one.

After his much-publicized engagement and break up with Ariana Grande, SNL star Pete Davidson seems to be back in the dating game, with his sights set on Kate Beckinsale.

The two were reportedly cozying up to each other at a Golden Globes after party, spending at least “an hour” with each other talking on a back patio.  A source said, “Pete and Kate were definitely getting their time in together socially.  Even though Pete and Machine Gun Kelly were basically attached at the hip all night, Pete and Kate found about 35 to 40 minutes where they got close on the patio. It was kind of romantic because as they were sipping Champagne, it started to rain a little bit and you could tell Pete was putting his best foot forward as a gentleman.  They were kind of flirty, and Kate was really into whatever it was Pete was saying to her. She was pretty loose and carefree.”

And according to another source, the duo reportedly left the party together.  We're living in a world where Kate Beckinsale is Pete Davidson's rebound.