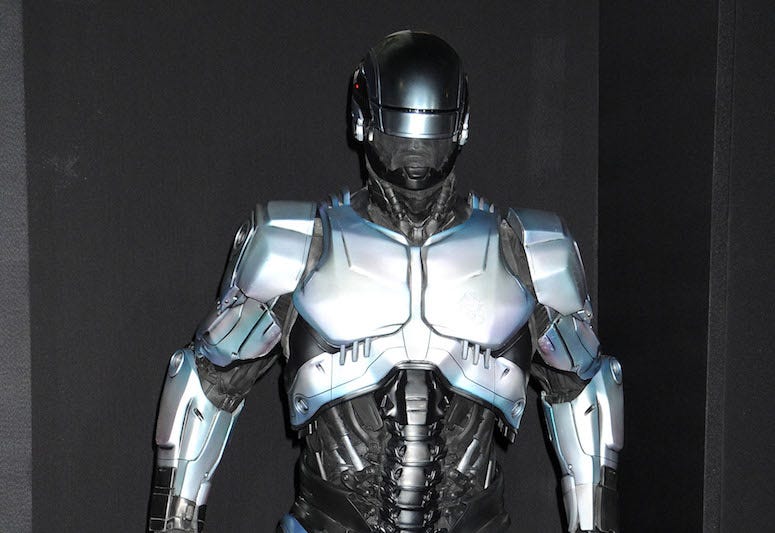 In a move literally nobody saw coming, RoboCop is now KFC's new Colonel.

The chain introduced the star of the 1987 film and the 2014 remake as the new Colonel with seemingly one goal in mind: to safeguard the secret blend of 11 herbs and spices used in the restaurant's Original Recipe Chicken.

KFC U.S. chief marketing officer Andrea Zahumensky said in a statement, "For decades, fried chicken fans have tried and failed to recreate the distinctive, sought-after taste of the Colonel’s secret recipe.  Now, if you happen to survive the apocalypse, you can still enjoy Kentucky Fried Chicken.  Makes perfect sense, right?"

It's easy to say we'll all be able to sleep a little easier tonight.