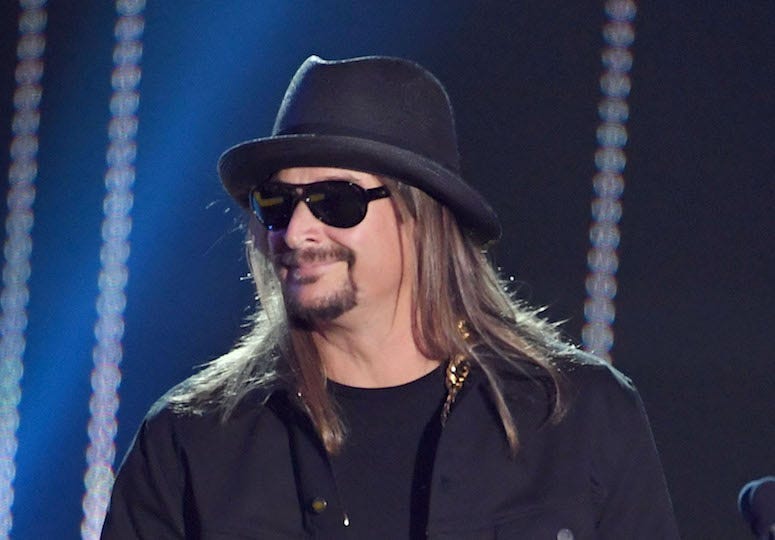 Kid Rock does not want to mince interpretation with his artwork.

When a gigantic statue of middle finger located in Vermont caught his attention, Kid Rock had to have one.

Ted Pelkey created the sculpture to protest his town’s leaders who would reportedly not let him develop his land.   The seven-foot finger was carved from a 700 pound block of pine, is perched atop a 16 foot pole, and even lights up at night, and Kid Rock had to have one of his own.

Rock said in a voicemail left for Pelkey, “I like your style. Thanks for getting us the info on that middle finger. I gotta have one of those somewhere on my property here in Nashville.”

So, Pelkey created another one.  He plans on personally delivering the sculpture to Rock, sometime this month.