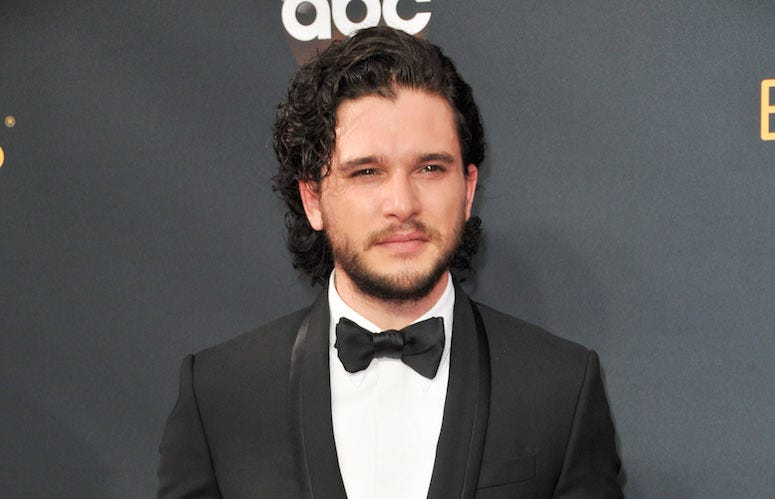 When he read Jon Snow was the one to kill Dany Targaryen, he became incredibly emotional, and struggled to stifle down tears.  Turns out, Harington was facing a lot more than we all thought.

Just ahead of the finale airing a couple weeks ago, Harington checked into a rehab facility to combat his battles with stress, exhaustion, and alcohol use.  Harington reportedly checked himself into Privé-Swiss in Connecticut, where he is currently "undergoing psychological coaching, practicing mindful meditation and cognitive behavioral therapy" in order to combat the stress and emotions brought on by the conclusion of Thrones.

A friend of Harington's told Page Six, "He realized ‘this is it — this is the end’, it was something they had all worked so hard on for so many years. He had a moment of, what next?  He’s in the clinic predominantly for stress and exhaustion and also alcohol."  A rep for Harington also corroborated the friend's story saying, "Kit has decided to utilize this break in his schedule as an opportunity to spend some time at a wellness retreat to work on some personal issues."

Harington has been allowed to leave the facility for short breaks during his stay there, and has often been spotted at a fitness and wellness studio, as well as a local book store.  One resident of nearby Madison, Conn. has seen him in recent weeks, and says the 32-year-old actor is looking good.  They said, "Kit looks really good and appears to be very focused on his health and wellness.  I have personally seen him out in the community many times. I think it’s wonderful that he is taking time to take care of himself – more people should."