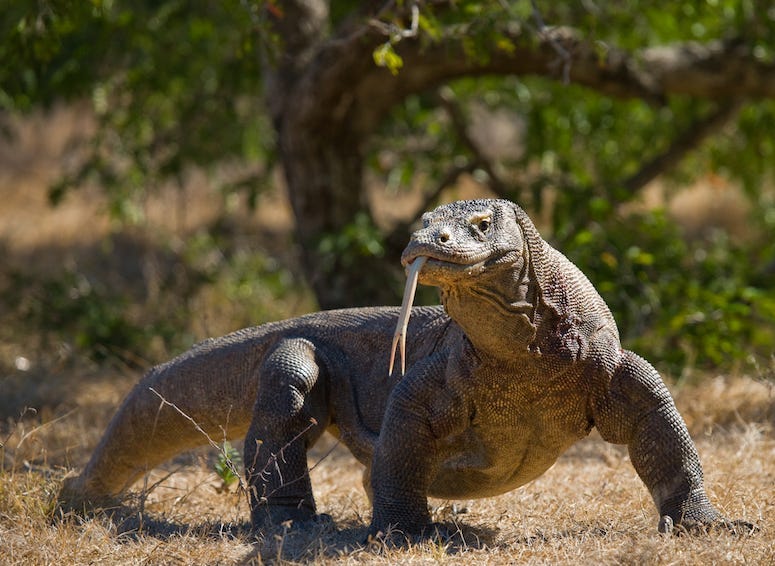 Komodo dragons are currently a protected species, and thought to be the largest living lizard in the world.

They can only be found in Indonesia, so the country decided to open a preserve for the animals, Komodo Island.  The island is open to tourists who want to, carefully, observe the animals in their natural habitat.

Unfortunately, officials have announced they are going to close the island, because tourists keep trying to steal the dragons!  The Indonesian Ministry of Environment and Forestry revealed they had busted a smuggling ring intent on selling 41 Komodo dragons, which can fetch about $35,000 each!

The government will close Komodo Island beginning in January 2020, at which point they will examine the lizards' food supply, work on preserving endemic plant species, and survey the natural environment.

The World Animal Foundation estimates there are only about 6,000 Komodo dragons left in the world, and they are all concentrated in Indonesia’s Komodo National Park.  Komodo Island currently has an estimated population of about 1,800.

Via Travel and Leisure