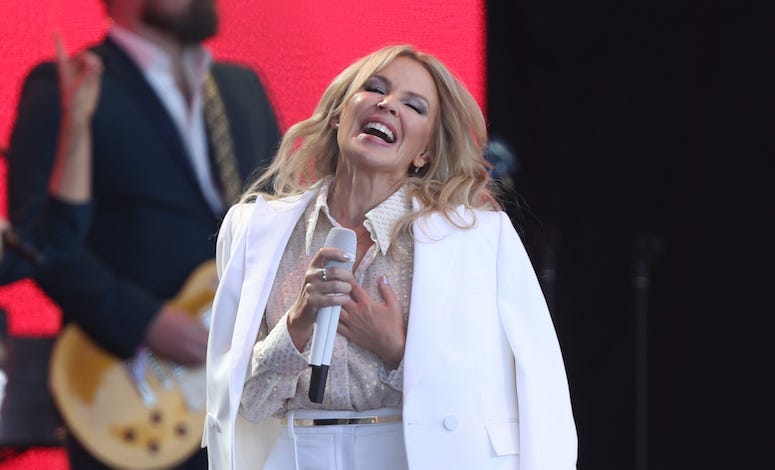 Kylie Minogue was meant to play the Glastonbury music festival in 2005.

Unfortunately, she had to pull out of the show due to her cancer diagnosis.

14 years later, she finally returned to the festival, and played the set she’s been waiting almost two decades for.  Minogue told the crowd during her set, “In 2005 I was meant to be here.  Circumstances meant that I did not make it.  I wished things were different - but life is what it is. We're all here in this moment.”

In 2005, Coldplay stepped in to cover after Minogue was forced to withdraw, so it only made sense she brought out Chris Martin for a duet all these years later.

Back in 2005, @kylieminogue missed out on playing @glastofest because of breast cancer.@coldplay played for Kylie back then, and today she returned the favour.#Glastonbury2019 pic.twitter.com/wM2IHecZqt

Hopefully, there are plenty more festivals for Minogue in the future!