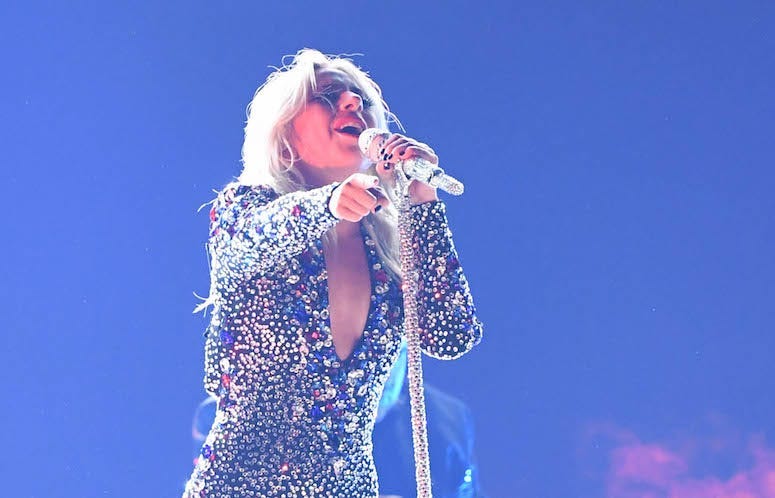 Limp Bizkit frontman Fred Durst is not a name you would normally associate with Jazz.

However, for the last few years, Durst has hosted a Jazz night at Los Angeles’ Black Rabbit Rose lounge and theater.

The crowd attending Durst’s Jazz performance last Thursday were treated to a surprise appearance and performance from Lady Gaga herself.  She performed two Frank Sinatra pieces, “Call Me Irresponsible,” and “Fly Me To The Moon.” Gaga said while introducing the first Sinatra cover, “My whole life, you know, I’ve been called irresponsible.  It doesn’t make me so mad because it’s kind of true.  And I like to hear the truth.”

Gaga has been known to perform these songs during her Las Vegas residency,  with dates running through November.