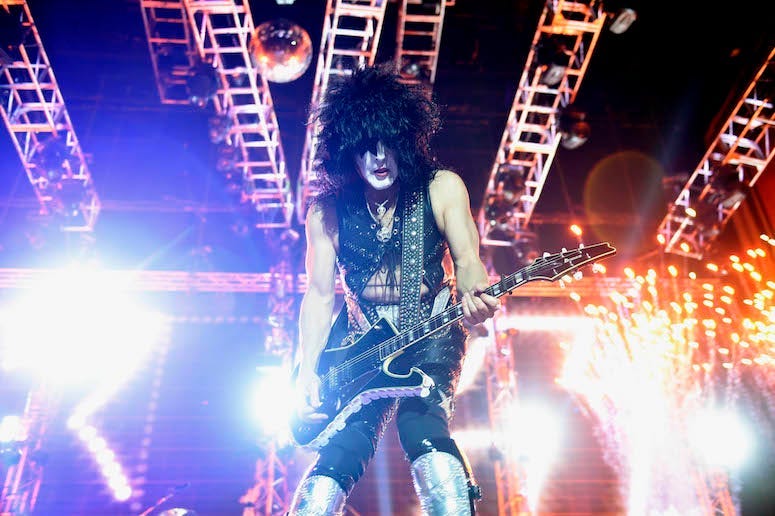 Bobby Jenson is a guitarist who fills the role of Paul Stanley is his KISS tribute band, Hairball.

While playing a show, in full KISS makeup and attire, Jenson accidentally caught on fire while the band began playing "Detroit Rock City."  Remarkably, Jenson didn't miss a beat, and didn't miss a chord or stop singing while the band and stagehands tried to frantically put out the flames.

It's the most metal performance we've ever seen.

Jenson told Ultimate Classic Rock after the incident, "I live an Evil Knievel kind of life, so if I'm on fire a little bit, I don't care, that's just part of the fun.  I knew I was on fire right away, and that wasn’t a wig, that’s my hair.  It was really nice and foofy before the show, now I have a much better Alice Cooper cut."