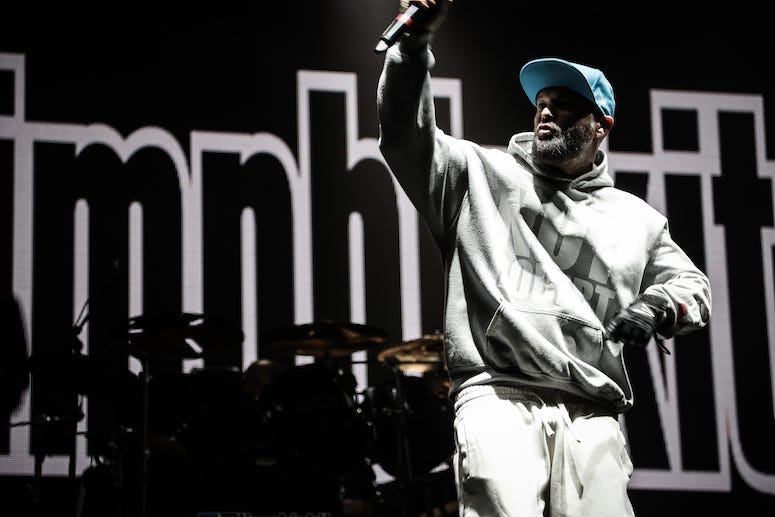 Limp Bizkit has been performing with their "classic" lineup ever since DJ Lethal rejoined the group last year.

Now, for a special treat for fans, Limp Bizkit will take the stage, for the first time in a long time, with their "original lineup!"

We're guessing that though this means guitarist Rob Waters would be joining the group, this lineup will feature singer Fred Durst, guitarist Wes Borland, Lethal, bassist Sam Rivers, and drummer John Otto.  This lineup will be taking the stage tonight March 5 at the Troubadour in Los Angeles, and Nu Metal fans you better hold onto your hat for this news...tickets will only cost $3!

The ticket price is of course a nod to their debut album, 1997's Three Dollar Bill, Y'all$.
Recently, the band had been working on the followup to their 2011 album Gold Cobra, but had to halt production due to the recent California wildfires.
Via Consequence of Sound