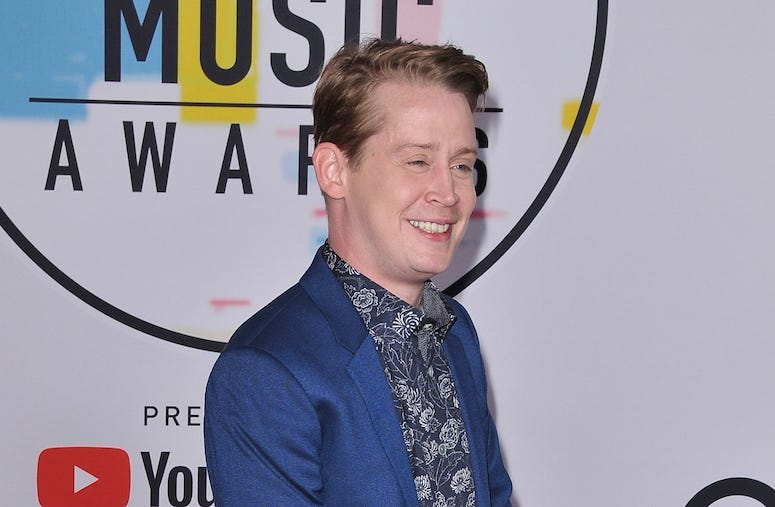 Photo credit (Photo by Sthanlee B. Mirador/Sipa USA)
By ALT 103.7

Recently, Culkin sat down to rank his ten favorite films he’s ever appeared in.  Culkin also offered some insight into why these films are ranked in the particular order they are.

I ranked all my movies this weekend. If you have questions for me, drop them in the comments- I'll try to answer in a future column. https://t.co/AmZ77ER6mT

Some of these movies are twenty years old, but still, spoilers lie ahead!

According to Culkin, it's his least favorite "because I died."  It was also when he learned he wasn't allergic to bees.

Culkin says, "I was not even in the credits. Also I got hit by a car in it."

"Because Mandy Moore is a delight.  I also got to be in a movie with people who were all my own age for once. All the other movies had been me as a kid with adults"

"Because John Candy made me giant pancakes."

"I always felt pretty, but that’s where I learned I actually was pretty."

5- Getting Even With Dad

"Ted Danson is a total sweetheart who knew I really didn’t want to be there. He was a good sport."

4- Home Alone
"The whole movie hinged on a little kid, which was a lot of pressure, but in the end it did so great that I got to go to school that year and say, ‘I beat Rocky’—because we did better than Rocky 5."
3-Richie Rich

"It was the last movie I made for 20 years. John Larroquette hated me, but we bonded over Barq’s root beer because he was from Louisiana and that’s where Barq’s was made."

"What kid wouldn’t want to be a cartoon and work with Christopher Lloyd?"

"Because that’s the one that helped me buy a new house."