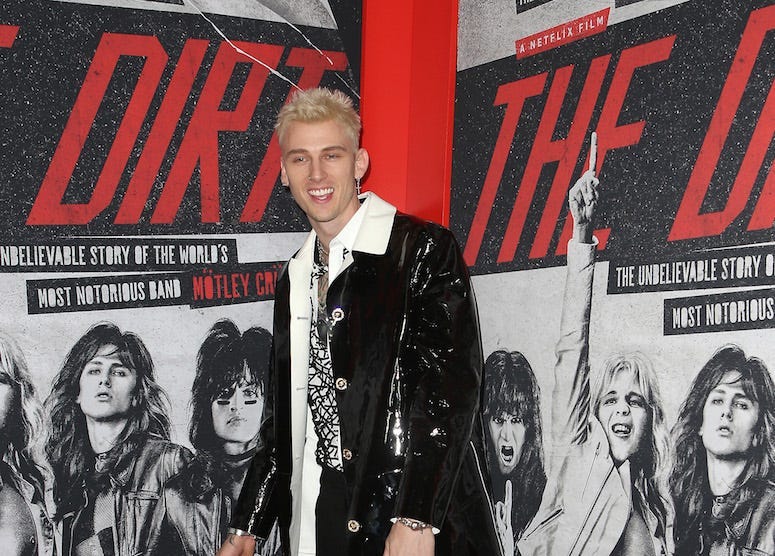 Although it's not the case now, a teenaged Tommy Lee did not have any tattoos at the time of the band's formation.  Machine Gun Kelly has a TON of tattoos, so the filmmakers obviously needed to cover them up for an accurate portrayal.

MGK shared a really cool video of the behind-the-scenes process it took to cover up all his tats, a process he would endure daily for four months straight while they were filming.

this process was everyday for 4 months straight filming The Dirt, and even longer when we had to add Tommy’s tattoos. go watch The Dirt on @netflix !! pic.twitter.com/VlhVmKbgvS

Two layers of body spray were applied to MGK's body, followed by a wig, and makeup.  The process took even longer whenever they had to start adding Tommy lee's own tattoos!

Machine Gun Kelly also shared an incredible video where he Facetimed his friends, who had never seen him before without tattoos!