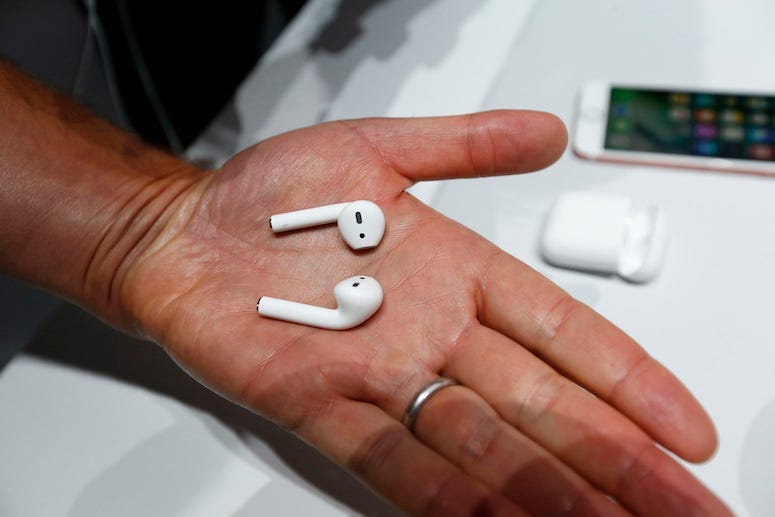 Word of advice: It's probably best to take the AirPods out of your ears when you go to sleep.

A Taiwanese man named Hsu decided to leave his in, and woke up missing one.  He used the "Find My AirPods" feature on his iPhone, and found the missing pod was somewhere in the house.  In fact, it was wherever he was looking.  Hsu said, "I could hear the 'beep, beep' sound, which seemed to follow me around the room."

After searching, he realized the sound was emanating from his stomach, and that's when Hsu realized: "I swallowed my AirPod."

Somehow, his AirPod escaped his ear, and made its way down his gullet in the night.  Doctors later confirmed that the AirPod was indeed in his stomach, and the best way to get rid of it was through the course of nature.  So, Hsu was given a laxative, and was advised to monitor his poop and be on the lookout for the missing AirPod.

Luckily, Hsu didn't have to wait long, as the missing AirPod emerged the very next day.  Amazingly, it still had 41% battery life left, and after some cleaning, Hsu resumed use of the AirPod.  Dr Chen Chieh-fan, of Kaohsiung Municipal United Hospital, said that Hsu luckily wasn't in any serious danger.  "Due to the plastic shell around the AirPod, the risk of it causing him harm in a similar way to swallowing a regular lithium-ion battery is much lower," he said.