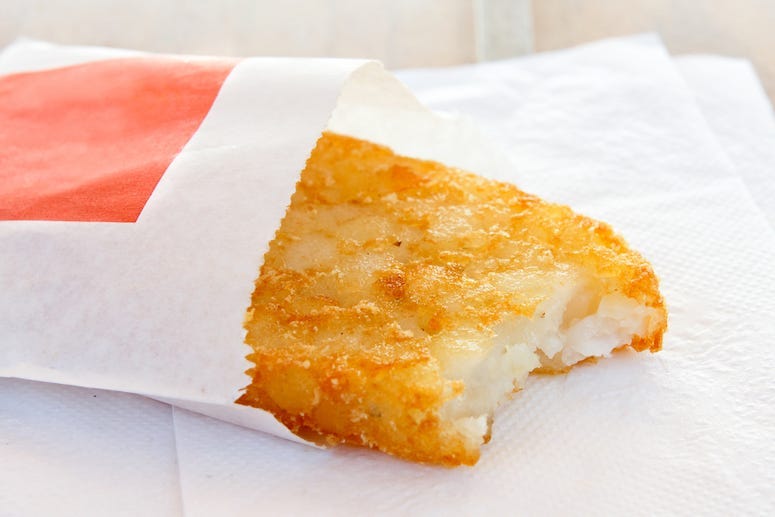 Last April, Connecticut man Jason Stibler was issued a ticket for talking on his cell phone while driving.

Stibler is fighting the ticket, however, saying the officer mistook Stibler talking on his cell phone for what he was actually doing.  Eating a hash brown he recently got from McDonald’s.

Stibler’s lawyer, John Thygerson, said, “I don't blame the cop for misinterpreting what he thought he saw, but the fact of the matter is there was no cellphone use and we have cellphone records to establish that fact.”

So far, Stibler has spent around $1,000 in legal fees fighting the ticket and the $300 fine that accompanies it.

The judge will render his verdict on or before April 5.