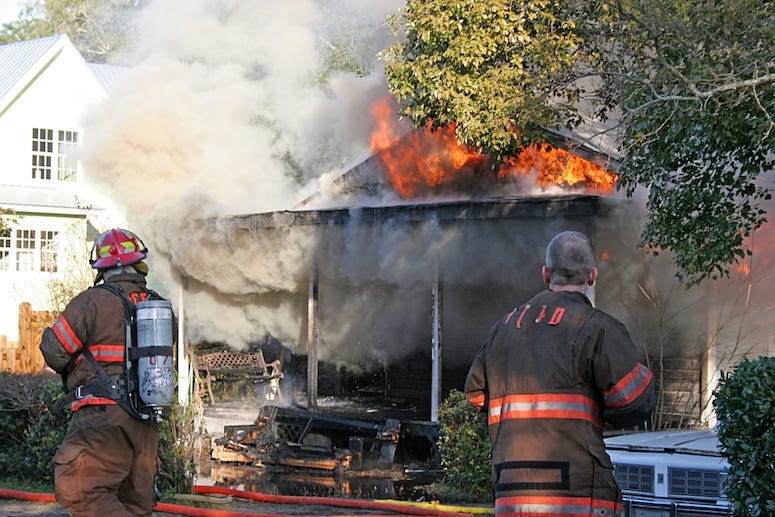 The Southern California man ran into his home, which was completely engulfed in flames, to rescue the family dog, a 2-year-old blue nose pit bull named Gabanna.

This shocking cellphone video captures Jose Guzman rushing past firefighters and into his burning home looking frantically for his dog. Just moments later, both of them run out.

Guzman, his wife, and two daughters had been living in the house only two months, but beyond everything that could potentially be lost, Guzman only had one thought in mind running into the burning home.  “All I wanted was to get my dog, I came in here, I didn't hesitate, I just, I had to get her, she's part of the family.”

A GoFundMe has been created to help Guzman and his family after losing everything in the fire.