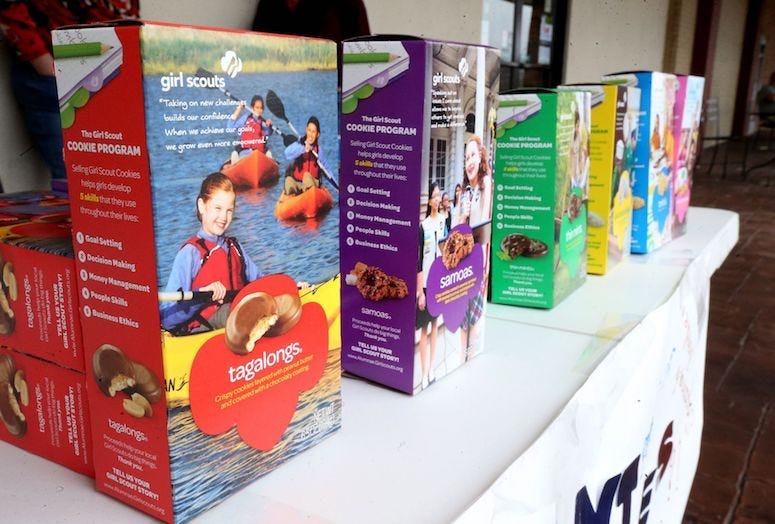 An Oregon man has recently been sentenced after stealing $700 his daughter earned selling Girl Scout cookies.

Couture told authorities that the money went missing after a home robbery.  He told the police someone had broken into his home, assaulted him, and damaged his laptop before stealing the cookie money.

Investigators, however, found inconsistencies in Couture’s story, and he finally fessed up to stealing the money himself and faking the robbery.

As part of a plea deal, Couture was sentenced Monday to 18 months of probation, 80 hours of community service, and restitution.

news
Family of nurses saves boy from drowning
music
Trick or treat! When celebrities go as other celebrities for Halloween
music
Don't be a Grinch! Build your own Whoville for the holidays
news
WATCH: Paul Rudd hands out cookies to voters waiting in line in the pouring rain
music
'James Bond' actor Sean Connery dies at 90
news
'The Legend of Sleepy Hollow' at 200: A look at the history of this spooky American classic