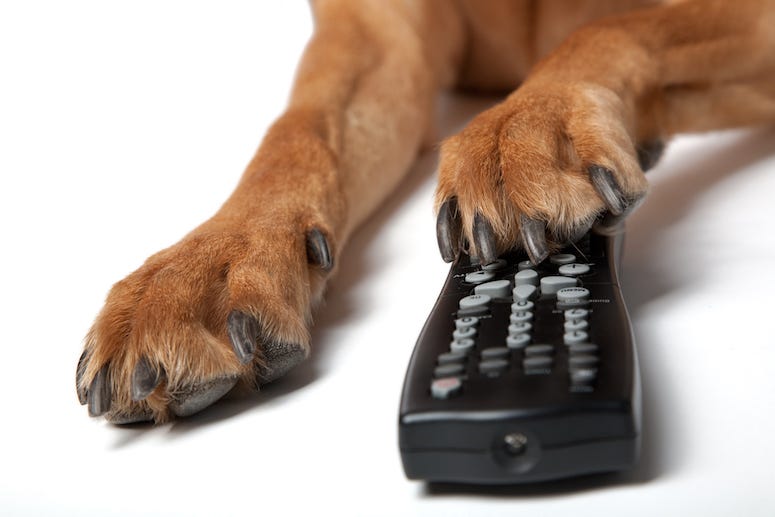 Barnes tried to explain to the provider that his bichon frise dog, Marino, accidentally stepped on the remote control as it was lying on the bed, and ordered something on pay-per-view.  In fact, Marino accidentally ordered the Hustler pornography pay-per-view channel.