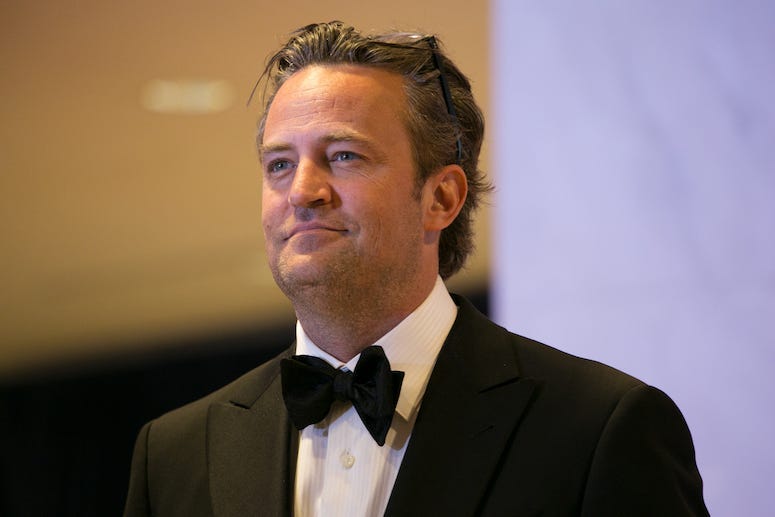 Last year, actor Matthew Perry suffered a rather serious medical crisis that led to a trip to the hospital and resulted nearly in the loss of his life.

Perry recently entered rehab again to try and control his addiction to alcohol and pills. Unfortunately, Perry had another little setback during a therapy session that resulted in his eviction from the program.

Perry was caught using the dating app “Raya,” and was booted from a therapy session for focusing more on texting models than his recovery and sobriety.

I got kicked out of therapy today.

An source explained, “Matthew got kicked out because he was too busy with models he’s texting through the app.  He wasn’t concentrating, which is worrying everyone. They need him to be focused on sobriety, taking it seriously — not trying to hook up!

Luckily for Perry, he was let back into the session, and wasn’t expelled permanently.

Easy guys, it was just one session. I’m back in therapy where I belong:)

Still, those close to the 49-year-old are still worried.  “Some of his pals are worried he’s replacing an addiction to drugs and booze with an addiction to girls, and it won’t be good for him in the long run,” said the source.