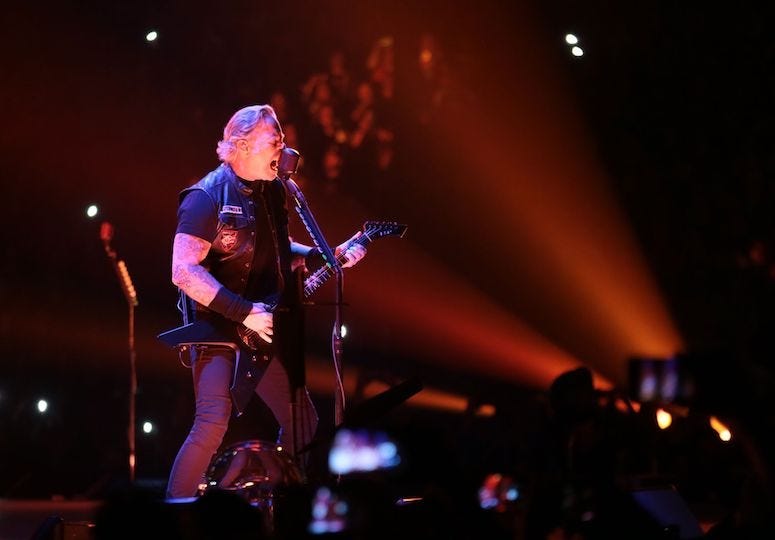 Metallica wrote “Here Comes Revenge” for a couple whose young daughter, a Metallica super fan, was tragically killed by a drunk driver.

The song appears on their tenth studio album, Hardwired…. to Self-Destruct, but the band has never played the song live in concert before.

During their show in Lubbock last Saturday night at the United Supermarkets Arena, the band performed the song live for the first time ever.

Singer James Hetfield previously told Australia’s Rolling Stone about meeting the couple shortly after their daughter passed, “She was young. How could you not be pissed off? How could you not want to go after somebody? But what they chose to do was embrace the music she loved and get to know her through the music and connect that way instead. They continue to show up at shows, which I love. We're friends now. And they've gotten through something that I don't think I could get through.”