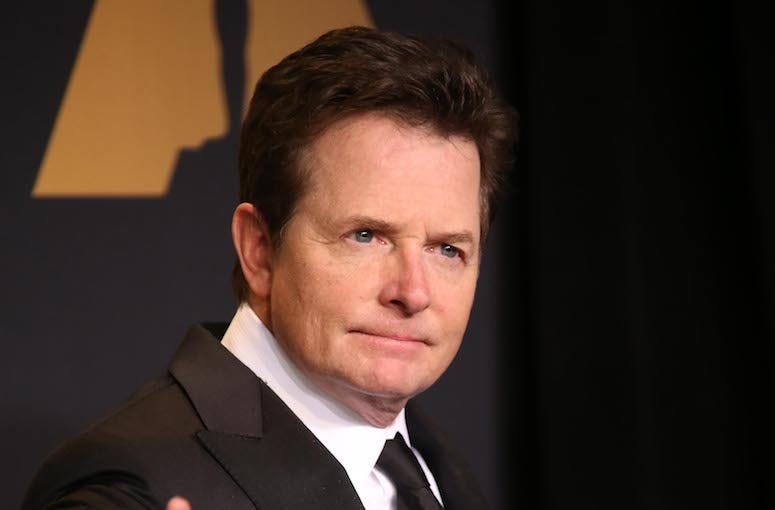 In 1991, Michael J. Fox was diagnosed with Parkinson’s disease at the age of 29.

He went public with his diagnosis seven years later.

Now, the 57-year-old has revealed a new health scare, amid his ongoing battle with Parkinson’s.

Fox revealed in an interview with the New York Times on Friday that last April, he underwent spinal surgery for an issue unrelated to Parkinson’s.  He said, “I was having this recurring problem with my spinal cord.  I was told it was benign but if it stayed static I would have diminished feeling in my legs and difficulty moving. Then all of a sudden I started falling — a lot. It was getting ridiculous. I was trying to parse what was the Parkinson’s and what was the spinal thing. But it came to the point where it was probably necessary to have surgery. So I had surgery, and an intense amount of physical therapy after. I did it all, and eventually people asked me to do some acting.”

Fox was scheduled to return back to work in August, but unfortunately suffered another fall.  He recalled, “I woke up, walked into the kitchen to get breakfast, misstepped and I went down.  I fractured the hell out of my arm. I ended up getting 19 pins and a plate. It was such a blow.”

Despite all his tribulations, Fox still believes there will be a cure for Parkinson’s.

He said, “I still believe in a cure. For so long Sinemet L-dopa was the gold standard. That was all we had, and it gave relief but it only lasted a certain amount of time and led to dyskinesias and other side-effects. So it was important to find better treatments.  Treatments for that can make a huge difference in people’s lives. Now, if we can prophylactically keep Parkinson’s symptoms from developing in a person, is that a cure? No. Would I take it? Yes.”