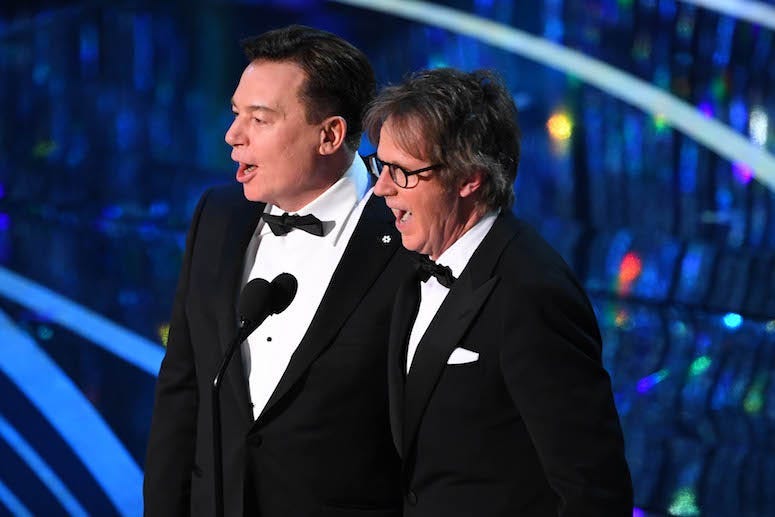 February 25, 2019 02/25/2019 12:10 pm
In the most iconic scene from the 1992 film Wayne's World, Wayne Campbell and Garth Algar are with their friends, driving around their town of Aurora, Illinois when Wayne decides to pop on a Queen cassette, and tune in for a little "Bohemian Rhapsody."

The film gave the song somewhat of a renewed life, surging it back into the charts and making it more popular than ever.

So it was only appropriate that at last night's Academy Awards, Wayne's World stars Mike Myers and Dana Carvey introduce the film as one of the nominees for Best Picture.
Myers and Carvey received a standing ovation as they took the stage, which included one from Queen guitarist Brian May.  They reprised the loveable headbangers while on the stage, and even hinted at a potential Wayne's World animated series!