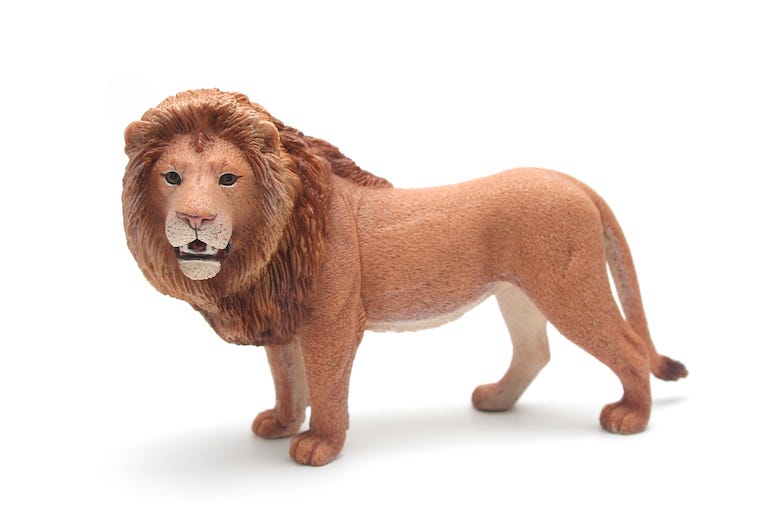 A mom in Melbourne, Australia was planning to take her three young children to the zoo.

Before the trip, she took them to their local Kmart so each could pick out an animal toy.  Tanya Husnu said, “We were planning a trip to the zoo, and I thought it would be really great if the kids could take some animal toys with them on the day.”

So each child picked out a toy, and all of a sudden, Husnu heard her daughter say, ‘Look mum, the lion’s got a willy!”  Sure enough, she turned the toy lion upside down, and found that the lion did indeed include a set of genitalia.

A pre-zoo visit purchase ended up a little more educational than one mother-of-five had hoped. https://t.co/A9h3myP0FP

Husnu wants Kmart to stop selling the toy, as it is geared towards children, and she believes it should be the parents’ decision to teach their children of such things.  “I thought it was really inappropriate.  In this day and age, it’s not acceptable to have things like that on children’s toys.  I buy a lot of toys, and my house is full of toys.  But I’ve never seen anything like this before.  It’s so stupid and just plain weird.

Still, she is able to see the humorous side of all this.  “I mean, it’s funny as well, and you can’t help but laugh, but it’s still just not appropriate for a child’s toy that is on full display in the kids’ section. My kids thought it was hilarious though. At the zoo, they kept lifting up the tail and showing strangers walking past the lion’s bits as they walked past and yelling out ‘willy!’  It was so embarrassing.”