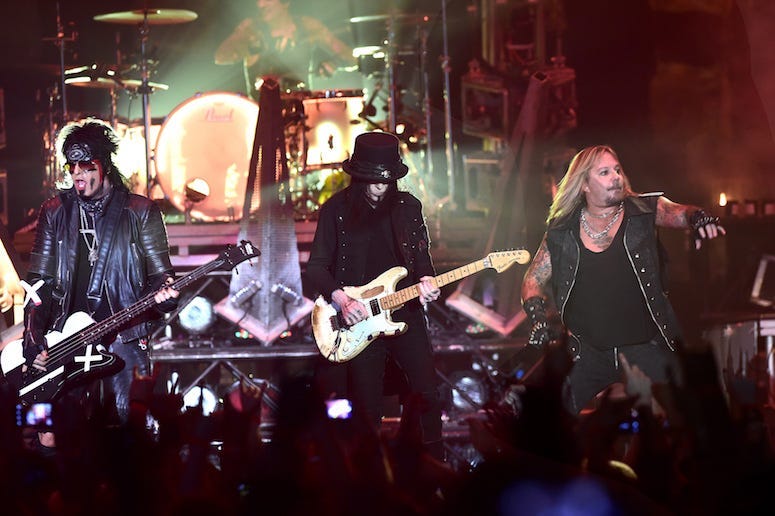 To coincide with the release of the movie, the band also dropped two brand new songs featured on the film’s soundtrack, “Crash And Burn,” and “Ride With The Devil.”

According to bassist Nikki Sixx, the band was only obligated to write one original song for the film. Instead, they wrote a ton of originals, whittled them down to three which all appear on the soundtrack to the film, along with a cover of Madonna’s “Like A Virgin.”

And while the band, for now, say they will hold onto the promise to never tour again, they “reserve the right” to always return to the studio and make new music.