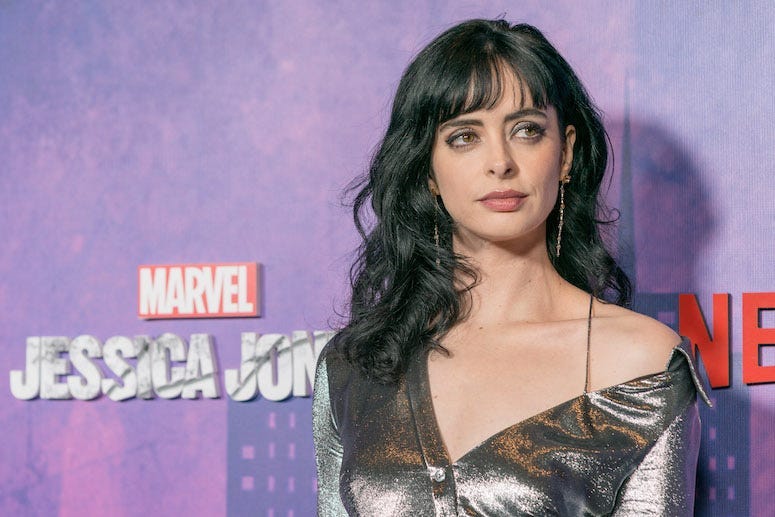 A half-decade partnership between Marvel and Netflix appears to be officially over.

Netflix said in a statement released to Variety:

Marvel’s The Punisher will not return for a third season.  Showrunner Steve Lightfoot, the terrific crew and exceptional cast, including star Jon Bernthal, delivered an acclaimed and compelling series for fans and we are proud to showcase their work on Netflix for years to come.
In addition, in reviewing our Marvel programming, we have decided that the upcoming third season will also be the final season for Marvel’s Jessica Jones.  We are grateful to showrunner Melissa Rosenberg, star Krysten Ritter, and the entire cast and crew for three incredible seasons of the groundbreaking series, which was recognized by the Peabody Awards, among many others.  We are grateful to Marvel for five years of our fruitful relationship and thank the passionate fans who have followed these series from the beginning.

Krysten Ritter responded to Jessica Jones' cancellation with a sweet post on Instagram, thanking her fellow castmates for the past three seasons.

Taken a few weeks back at the table read for our SERIES FINALE. I love these people to the moon and back. It has been a dream to play Jessica alongside my amazing cast and the best crew in the business for these past 5 years. I am so grateful for every second of it. We have THE BEST fans. You guys mean the world to me and I appreciate you beyond words. The final season of #JessicaJones is coming later this year and I am proud of how we complete JJ’s journey. I can’t wait for you all to see it. Stay tuned and more to come. 💪🏻🖤 (Also my creator/ showrunner/ partner/ bff @melissa.rosenberg is totally wearing a #krystenknitter original ☺️☺️) @rachaelmaytaylor @ekadarville @carrieannemoss @netflix @marvelsjessicajones @marvel

Jeph Loeb, Marvel Television’s executive vice president, also thanked fans in a statement saying, "On behalf of everyone at Marvel Television, we couldn’t be more proud or more grateful to our audience.  Our Network partner may have decided they no longer want to continue telling the tales of these great characters… but you know Marvel better than that.  To be continued…!"

Disney is set to launch their own streaming service, Disney+, in 2019, which will stream Marvel movies and TV shows.  Loeb hinted that this may not be the end for these characters.