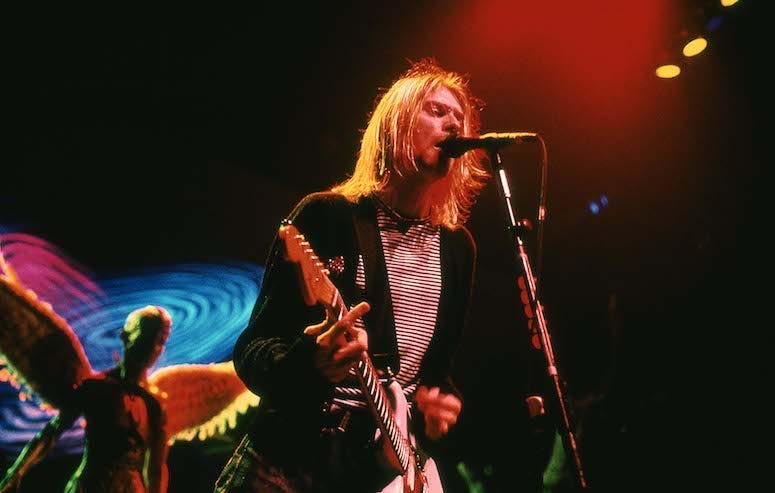 Former Nirvana manager Danny Goldberg feels that Kurt Cobain's image is "too much overwhelmed by his death."

Goldberg started managing the band just before they released Nevermind, and grew close with Cobain the last three-and-a-half-years of his life.  Goldberg decided to wait 25 years to tell his story, because now he feels he can help paint a different picture of the Kurt Cobain people have come to know the last 25 years.  With his new memoir, Serving the Servant: Remembering Kurt Cobain, Goldberg wants to shift focus on Cobain to "more about his creativity, how sweet he was," and "[his] sense of humor."

He told Rolling Stone, "I just wanted to tell what I knew about and write my story.  I was trying to really capture the fiber and emotion of what I knew about.  I just felt that in the aggregate, his image was too much overwhelmed by his death and that my own memories of him are more about his creativity, how sweet he was, [his] sense of humor and, more to the point, I think what fans really care about is the music. The compassion and brilliance and kind of mysterious qualities of the music, which he did when he was alive."