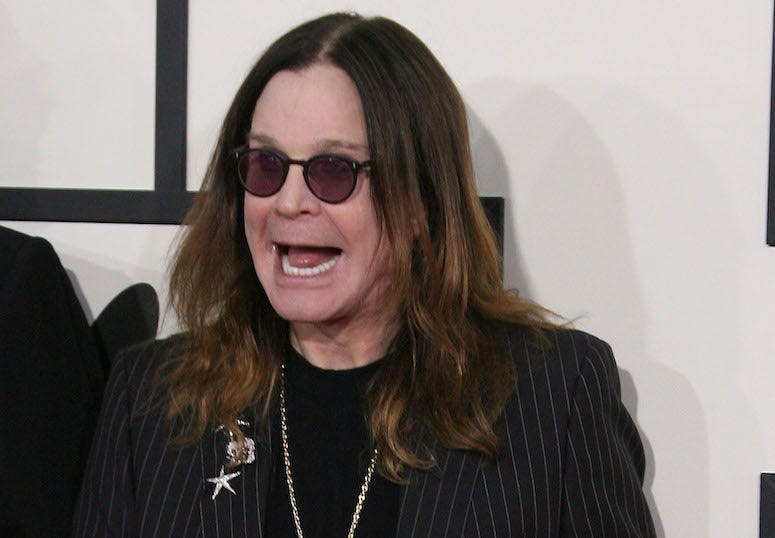 Ozzy Osbourne has been battling a slew of health issues as of late, which have forced him to postpone all of his tour dates going forward.

Beyond the trips to the hospital for surgeries and contracting pneumonia, we can chalk up his most recent injury as the most “Ozzy” injury of them all.

Apparently, Ozzy had another spill recently, when he tripped over a shoe while heading back to bed from a trip to the bathroom, which triggered old injuries from a motorcycle accident years ago that left the singer in a coma.  According to wife Sharon, "what he'd done was he re-injured his back and neck and shoulders. All of the metal rods and everything that were put in his body were dislodged."

While Ozzy’s health has taken a little bit of a hit, his spirits are still high, according to son Jack and longtime guitarist Zakk Wylde.  Wylde said, “He’s been telling everyone, ‘Just glue me back together and get me going again!’”

And though his shows were postponed, he has no intentions to stop touring and performing.  He's set to kick off his run of North American shows at the end of the month, starting with a show in Atlanta May 27.